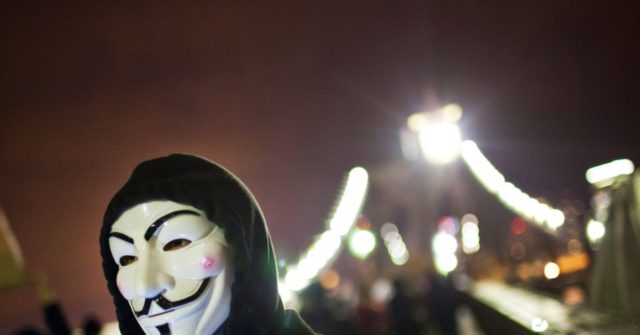 Politico declared Friday that President Donald Trump faced “a culture war of his own making” in the riots following George Floyd’s death.

There is no doubt that Trump has fought back in that culture war — but he did not start it.

The chaos currently running amok on America’s streets began with President Barack Obama’s embrace of the Occupy Wall Street movement in the fall of 2011, shared by then-Minority Leader Nancy Pelosi (D-CA) and other Democrats.

Occupy Wall Street was the left’s response to the Tea Party movement, which had carried Republicans back to power in the House in the 2010 midterm elections, abruptly ending what Democrats believed would be 40 years of dominance after Obama’s sweeping victory in 2008.

But whereas the Tea Party was law-abiding and grounded in constitutional principles. Occupy Wall Street proudly violated the law and called for the destruction of the entire economic system.

Obama and the Democrats embraced the fringe Occupy movement and elevated it to the mainstream of American politics. So, too, did the media, which had focused on every perceived flaw — real and imagined — in the Tea Party but covered up hundreds of crimes, many of them serious, committed in the Occupy encampments around the world.

The Occupy movement’s legacy persists today in Antifa, the self-styled “anti-fascists” who attack journalists and police.

In between, Obama found other radical causes to embrace. In 2012, he supported the protests around the death of Trayvon Martin, the black teenager killed in a fight with neighborhood watch volunteer George Zimmerman.

Those protests had been encouraged by Al Sharpton — an unofficial White House adviser at the time — partly based on false, media-driven claims that Zimmerman was white and that he had used racial slurs during his encounter with Martin.

In 2014, Obama supported the Black Lives Matter movement, which emerged from protests over the death of Michael Brown in Ferguson, Missouri. Democrats and the media falsely claimed that Brown had been murdered — shot in the back with his hands over his head in a gesture of surrender. (Sen. Elizabeth Warren (D-MA) continued to proclaim that lie on the campaign trail last year.) In fact, he was shot while charging police, whom he had attacked moments before.

The Black Lives Matter movement resulted in widespread protests, many of them violent, across the country. Police departments began to pull back from ordinary patrols in many of America’s most vulnerable cities, lest they encounter confrontations that could later serve as the basis for accusations of racism.

A Gallup poll shows that race relations, which had been good for decades, suffered a precipitous decline from 2014 forward — likely due to Black Lives Matter.

In the 2016 campaign, radical left-wing activists unleashed violence in the streets against Trump supporters — in full view of the media. They rioted in San Jose, and shut down a Trump rally in Chicago. Instead of blaming the left, the Democrats — and Trump’s Republican opponents, shamefully — blamed him.

After Trump was elected, the so-called “Resistance” continued protesting — sometimes violently — with support from Democrats and the mainstream media.

That is the true story of how we arrived at this moment.

President Trump sided with the Floyd family and called on the FBI and the Department of Justice to investigate. Local prosecutors arrested the officer responsible and charged him with murder.

But the riots erupted anyway, because for nearly a decade, Democrats and the media elevated the radical left and their riots above the non-violent traditions of the civil rights movement. This is a culture war they started.