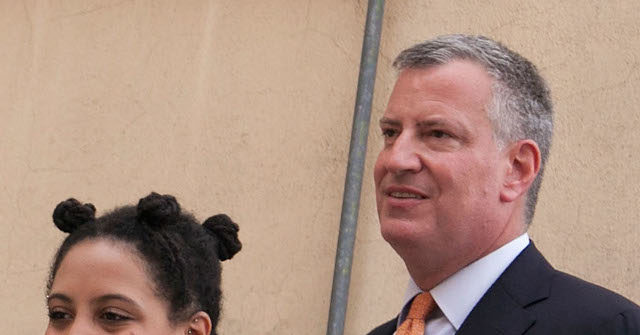 The 25-year-old De Blasio was taken into custody after 10:00 after police declared an unlawful assembly between 12th Street and Broadway in Manhattan.

“That was a real hotspot, police cars were getting burned there, people were throwing and yelling, fighting with cops. There were thousands of people in that area at that time,” a law enforcement source told the Post.

“We appreciate and respect all peaceful protests, but now it is time for people to go home,” the mayor said during a press conference. “If you went out peacefully to make a point about the need for change, you have been heard and change is coming in the city. I have no doubt about that. It’s time to go home so we can all move forward.”

This is a breaking news story. Follow Breitbart News for updates.