President Donald Trump on Monday announced at the White House that he would act swiftly to end the widespread violence and looting in America’s major cities.

After his speech, the president walked to the historic St. John’s Episcopal Church outside the White House where rioters lit a damaging fire in the basement on Sunday. 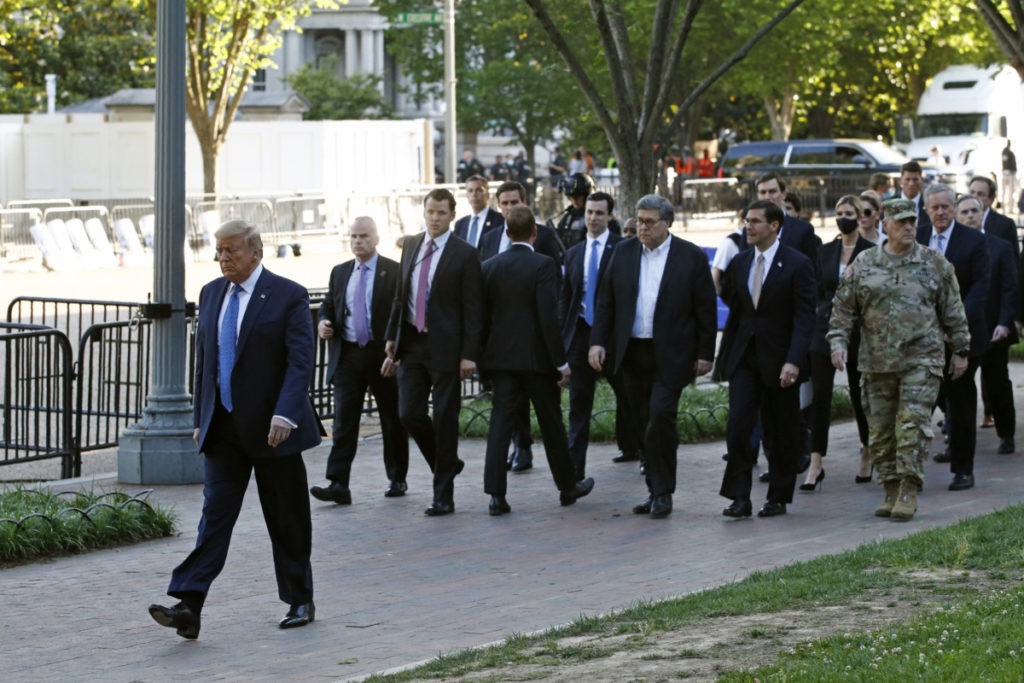 President Donald Trump walks in Lafayette Park to visit outside St. John’s Church across from the White House Monday, June 1, 2020, in Washington. Part of the church was set on fire during protests on Sunday night. (AP Photo/Patrick Semansky)

“My first and highest duty as president is to defend our great country and the American people,” Trump said during his speech. “I swore an oath to uphold the laws of our nation and that is exactly what I will do.” 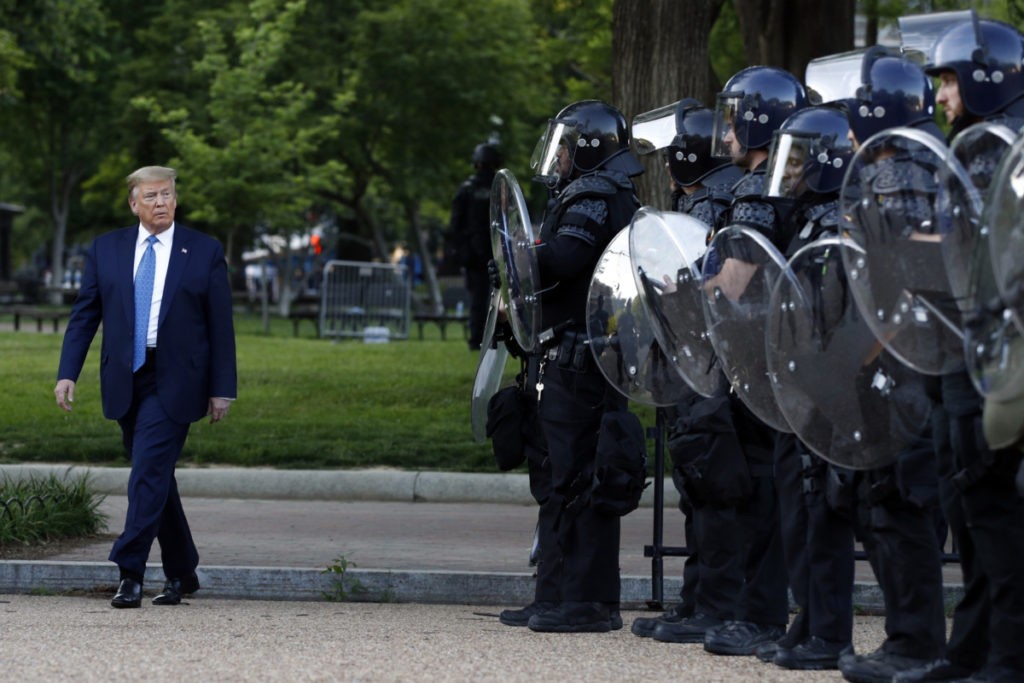 President Donald Trump walks past police in Lafayette Park after he visited outside St. John’s Church across from the White House Monday, June 1, 2020, in Washington. Part of the church was set on fire during protests on Sunday night. (AP Photo/Patrick Semansky)

As the president spoke, booms of flash grenades sounded outside the White House as law enforcement pushed protesters out of Lafayette Park.

Trump promised to end the riots with “immediate action” after three consecutive nights of rioting and looting in America’s major cities, but stopped short of invoking the Insurrection Act, allowing the president to send federal troops to quell violence.

“We will end it now,” Trump said, noting that he had urged Governors and mayors to deploy the National Guard to help them reduce the violence earlier Monday.

“If a city or a state refuses to take the actions that are necessary to defend the life and property of their residents, then I will deploy the United States military and quickly solve the problem for them,” he said.

After his speech, the president walked through Lafayette Park to the historic church that was closed and boarded up after the violence on Sunday. He stood for a few moments with members of his cabinet and White House staff.

The president also stood and held up a Bible in front of the church.

During his speech at the White House, Trump noted that the church was lit on fire in the basement and that the Lincoln Memorial and the World War II memorial were desecrated with graffiti in Washington, DC.

The president also pointed to a man in Dallas, Texas who was beaten by a mob and left for dead in the streets, and a woman attacked in Rochester, New York by “dangerous thugs.” He also mentioned the death of a black federal officer, Patrick Underwood, who was shot and killed in Oakland, California.

“These are not acts of peaceful protest. These are acts of domestic terror,” Trump said. ” The destruction of innocent life and the spilling of innocent blood is an offense to humanity and a crime against God.”

Trump vowed to restore the rule of law and protect business owners who were suffering the impact of the looting and wanton property destruction.

A line of National Guard troops pressed protesters out of the park near the White House as Trump spoke, flash-bang grenades were deployed, and canisters of tear gas and pepper gas were launched.

The president said he was dispatching thousands of troops to stop the rioting, vandalism, and assaults in Washington, DC, and he warned that the 7:00 p.m. curfew would be enforced.

“Those who threaten innocent life and property will be arrested, detained, and prosecuted to the fullest extent of the law,” he said.