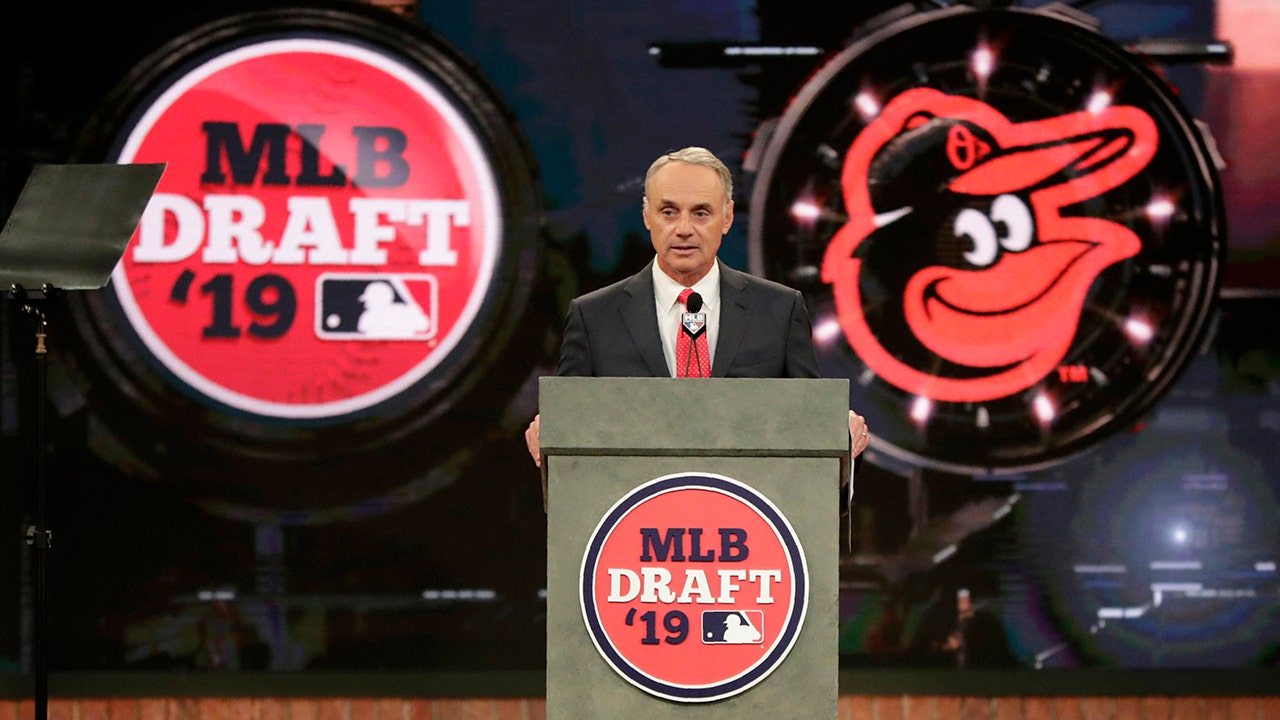 Major League Baseball’s shortened amateur draft will remain at the MLB Network studios in Secaucus, New Jersey, for the first round on June 10.

MLB shortened the selections to five rounds and 160 picks in response to the new coronavirus pandemic, by far the fewest since the draft started in 1965. Before the pandemic, the draft had been scheduled to take place at Omaha, Nebraska, ahead of the now-canceled College World Series.

Clubs were able to reduce the draft as part of their March 26 agreement with the players’ association. The combined value of their signing bonus pools is $235,906,800 and the amount of signing bonus pool money eliminated is $29,578,100.

The first 37 picks will take place on the opening day and the remainder on June 11. The deadline for selected players to sign was pushed back from July 10 to Aug. 1.

Baseball’s draft was long held by conference call at the commissioner’s office in New York. The draft was moved to Lake Buena Vista, Florida, for 2007 and 2008.

Residents of the United States, Canada and Puerto Rico are subject to the draft.

As part of the agreement with the union, slot values to determine signing bonus pools will remain at 2019 levels and players passed over in the draft are limited to signing bonuses of $20,000 or less. That might cause more high school players to go to college. And because of the NCAA’s limit of 11.7 baseball scholarships, the change may lead to more prospects attending junior college.

All but six of last year’s sixth-round picks signed for $200,000 or more. Chicago Cubs catcher/first baseman Ethan Hearn had the highest bonus of the round at $950,000, deciding to sign rather than attend Mississippi State. San Francisco signed right-hander John McDonald, selected 326th on the 11th round, for $797,500, and Arizona gave left-hander Avery Short, picked 362nd on the 12th round, $922,500.

Signing bonus pools started in 2012 and limit the amount of money teams can spend. Each slot in the first 10 rounds is a signed a value — the range last year was $8,415,300 down to $142,200 — and each team’s values are added to a form a pool. Signing bonuses in the first 10 rounds count against the pool along with the amounts above $125,000 of players selected after the 10th round or who were bypassed in the draft and then signed.

A team that exceeds its pool is taxed, and a club more than 5% above loses a first-round draft pick the next year — a threshold never reached.

The union turned down a proposal that would have kept rounds 6-10 in exchange for cutting their slot values in half.

As part of the deal with the union, teams have the right to cut the 2021 draft to as few as 20 rounds. That fits in MLB’s proposal to cut their minimum minor league affiliations from 160 to 120 in 2021, allowing each organization to drop one farm team.