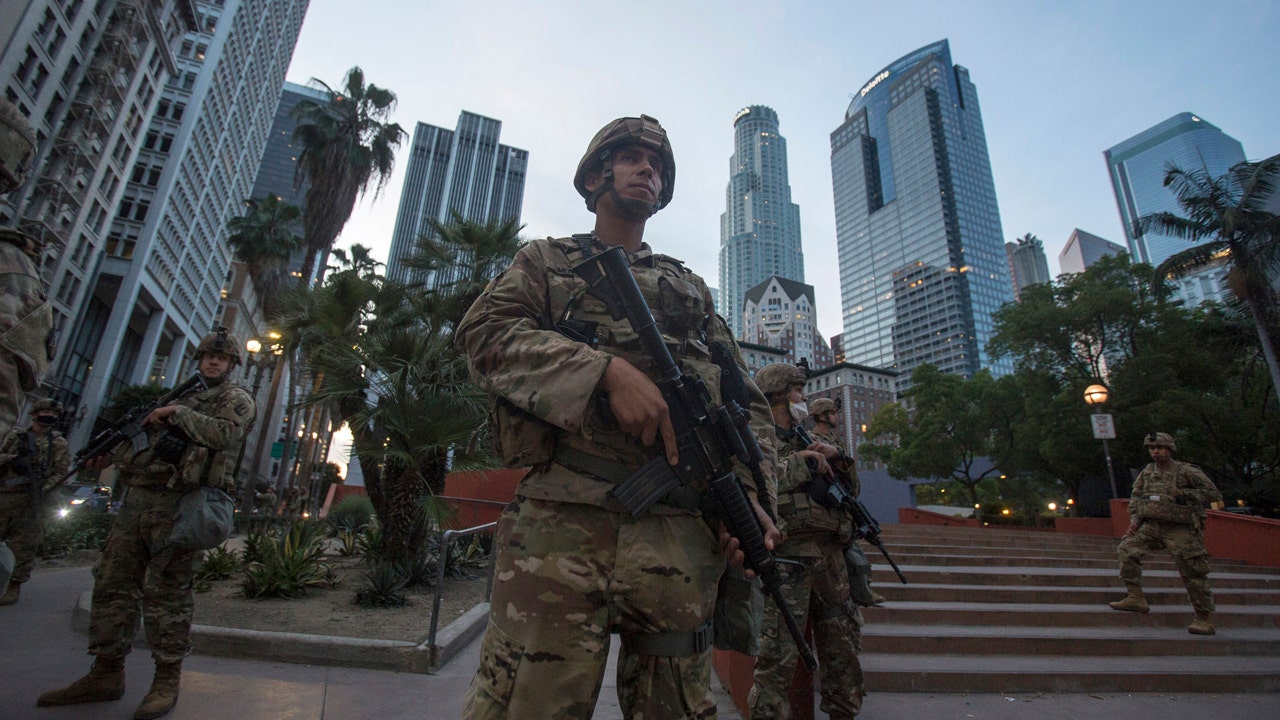 Acting Deputy Secretary of Homeland Security Ken Cuccinelli told “Hannity” Tuesday that President Trump is prepared to use all of his “legal authorities” and take matters into his own hands if America’s governors don’t call on the National Guard to protect their residents from riots and looting.

“There is a complete gap between those parts of America where they’re using forward-leaning, pro-public safety law enforcement tactics … and George Floyd protesters can protest peacefully there,” Cuccinelli said.

“And then,” he continued, “there’s the other side of the gap where they are too timid to bring out the Guard when things get violent or to offend the protesters by being aggressive in their police tactics and … you’re seeing the violence get worse. You’re seeing the criminality get worse.

You’re seeing people come in from outside who want to take part. They’re opportunistically violent and that’s what has to stop.”

On Monday, self-proclaimed “law and order” President Donald Trump made waves when he threatened to use force against protesters, some of whom have turned violent.

Trump also vowed Sunday night that he would use the U.S. military to assist in his efforts, if he deems it necessary.

Under the Insurrection Act of 1807, the president can call on the U.S. armed forces to assist law enforcement under certain circumstances.

“The president has been very clear that that’s the approach he is going to take and if he has to go all the way up to using his legal authorities, as the president has the legal authority to utilize that level of federal resources if it’s needed,” Cuccinelli pointed out. ” Of course, we want to avoid that … [and] achieve peace before that’s necessary.”

Cuccinelli praised the Guard and credited them for achieving peace “more broadly” in areas in which they were deployed.

“We have all our colleagues out on the streets of the city I’m sitting in, in Washington, to keep the peace,” he said. “And guess what? It’s more peaceful because of it.”

“This is not rocket science,” Cuccinelli concluded. “This is larger numbers [of law enforcement officers] properly equipped and trained and cohesively employed.

“We’re not going to give the rioters some room to vent. That isn’t what you do. The minute that they get violent, you push them away from the targets of their violence … that achieves peace and you have to keep doing it with more resources and more resources until it’s entirely quelled and peace is restored.”

Fox News’ Ronn Blitzer and The Associated Press contributed to this report.