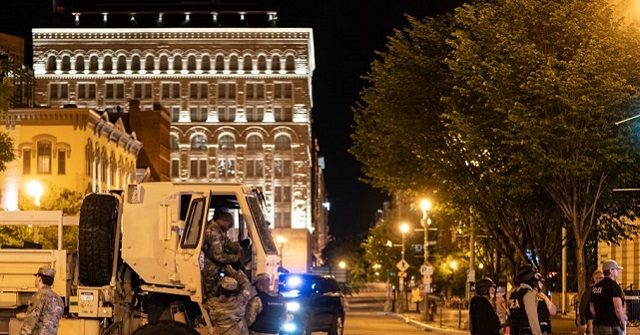 “CALL UP THE NATIONAL GUARD,” Trump wrote on Twitter in all-caps with the hashtag #SAVENYC.

The president criticized leaders for placing an 11:00 p.m. curfew on the city, arguing it was too late.

“The NYPD and New York City mayor did not do their job last night,” Cuomo said. “I think the Mayor underestimates the scope of the problem and the duration of the problem. What happened in NYC was inexcusable.”

Cuomo could overrule de Blasio to bring in the National Guard, but he indicated that he would not do it.

NYC, CALL UP THE NATIONAL GUARD. The lowlifes and losers are ripping you apart. Act fast! Don’t make the same horrible and deadly mistake you made with the Nursing Homes!!!

New York City put on an 11:00 P.M. CURFEW last night. No wonder they ripped the place apart. Should be 7:00 P.M. CALL UP THE NATIONAL GUARD. #SAVENYC