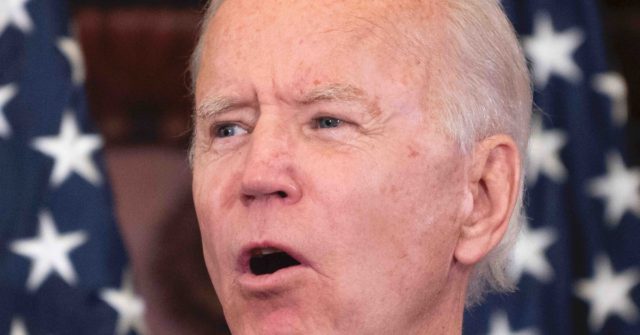 Biden spoke on the morning after protests over the killing of George Floyd by police in Minneapolis, Minnesota, had once again erupted into violence and looting in many cities.

There’s no place for violence, no place for looting or destroying property or burning churches or destroying businesses, many of them built by the very people of color who are [for] the first time in their lives are beginning to realize their dreams and build wealth for their families. Nor is it acceptable for our police, sworn to protect and serve all people, to escalate tension, resort to excessive violence. We need to distinguish between legitimate, peaceful protests and opportunistic violent destruction.

It was not immediately clear what Biden meant, though the New York Times claimed, inaccurately, on Sunday that police had responded to protests with greater force.

In many cities, in fact, many residents complained that police had retreated in the face of widespread looting and destruction in Santa Monica, Philadelphia, and other cities.

The Trump campaign responded to Biden’s speech by accusing him of “stand[ing] with the rioters,” noting that Biden’s staff had paid the bail for several people who had been arrested by the police during the clashes.