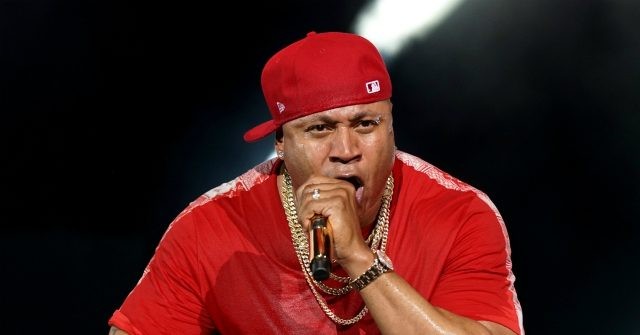 “For 400 years you had your knees on our necks. A garden of evil with no seeds of respect. In America’s mirror all she sees is regret. Instead of letting blood live they begging for blood let,” LL Cool J says. “Revenge is a dish that’s served on platelets. Transfusion, a confusion, abusing our intellect. I can’t be bought with a $1,200 check even though $1,200 can make a meal stretch. mama wasn’t rich but she earned my respect. She made a little bit a money for a lot of blood, tears and sweat.”

“Jumping up and down on police cars and vex. After Chauvin killed George Floyd we got next. Molotov cocktails anarchy on the set. The rich took the loot so now we loot shit,” the Grammy-winner says. “Feeling like a caged tiger that’s whipped to do tricks. That’s why I started fires and yelled and threw bricks. They tried to run me over and arrest me and shit. “Tazed, pepper spray and a gaze with the kid.”

The Deep Blue Sea star posted this video appearing to condone rioting after violent riots raged across the country, with rioters and Antifa radical burning business and churches to the ground and looting stores. The devastation, in a sick twist of irony, has destroyed whole swaths of black-owned businesses in Minneapolis.

.@JoeBiden Why is your staff raising $$ for the people who burned her store? https://t.co/H1xuZNsIof

LL Cool J didn’t mention these people or their pain.

Instead he said, “We refuse to live in hell while you living in paradise / Being black in America’s like rolling a pair of dice / But the stakes are way higher / You gambling with my life,” LL Cool J said, concluding his rap saying, “Black lives matter, forever.”

Jerome Hudson is Breitbart News Entertainment Editor and author of the bestselling book 50 Things They Don’t Want You to Know. Order your copy today. Follow Jerome Hudson on Twitter and Instagram @jeromeehudson.