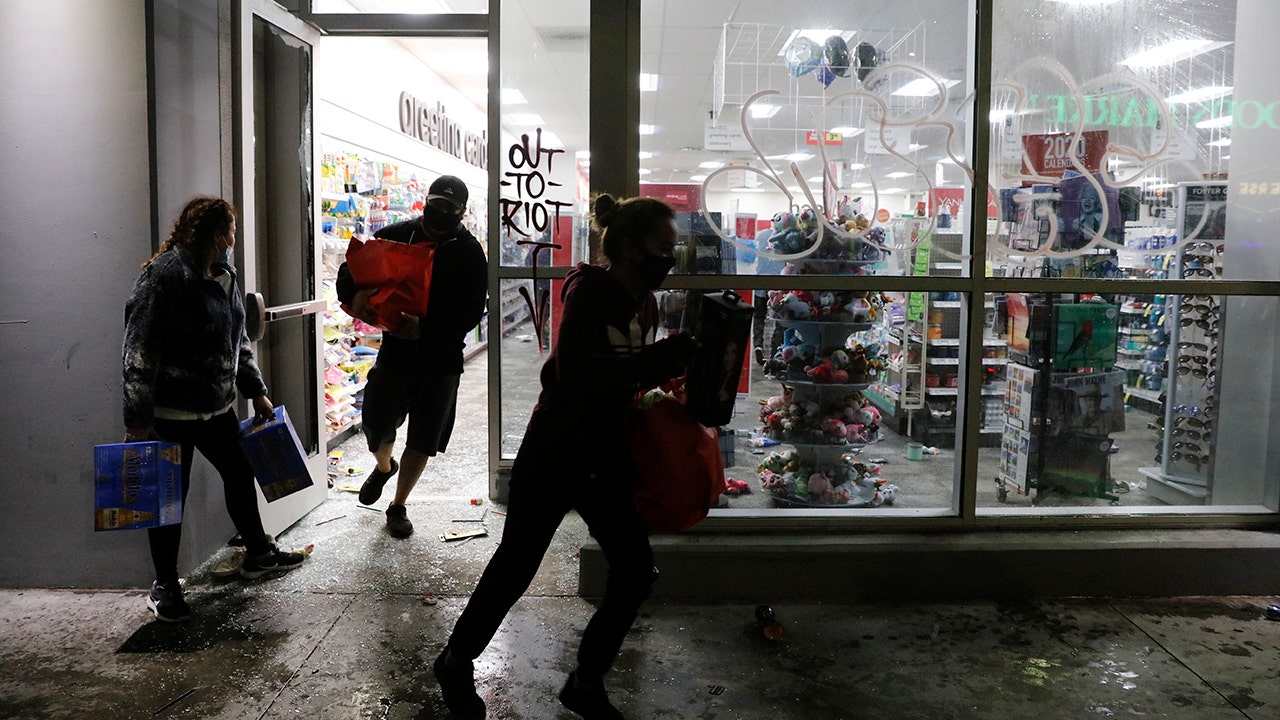 In a heartbreaking video posted on social media, an elderly woman in New York City lashes out in a message to the looters who destroyed a small business.

“Look what you did to my store. Look!” she says, pointing behind her at an exposed storefront with wires hanging from the ceiling and people cleaning up inside.

“Look what you did to my store,” she repeats.

She was among countless other people left to deal with the aftermath of damaged property, lost jobs and uncertain futures as a wave of riots and looting continued sweeping across the U.S. following the death of George Floyd in police custody in Minneapolis on May 25.

The woman in the video then walks over to a pile of debris at the curb in front of the store.

“Tell me Black Lives Matter. You lied. You wanted to loot the store. You needed money? Get a job — like I do.

“Stop stealing. This is a neighborhood. We’re trying to build it up and you’re tearing it down.”

It was unclear exactly which day the video was shot. New York City has seen rioting and looting for the better part of a week since Floyd’s death.

Anticipating more trouble Tuesday night, city officials changed the curfew time to 8 p.m. and warned residents that in Manhattan, only buses, delivery trucks and the vehicles of essential workers would be allowed south of 96th Street after that time.

Meanwhile, the city’s mayor and New York’s governor appear to have stepped up their long-running feud in an apparent bid to assign blame.

De Blasio has also faced criticism for seemingly contradictory policies that have imposed limits on religious gatherings while looters run wild in the streets.