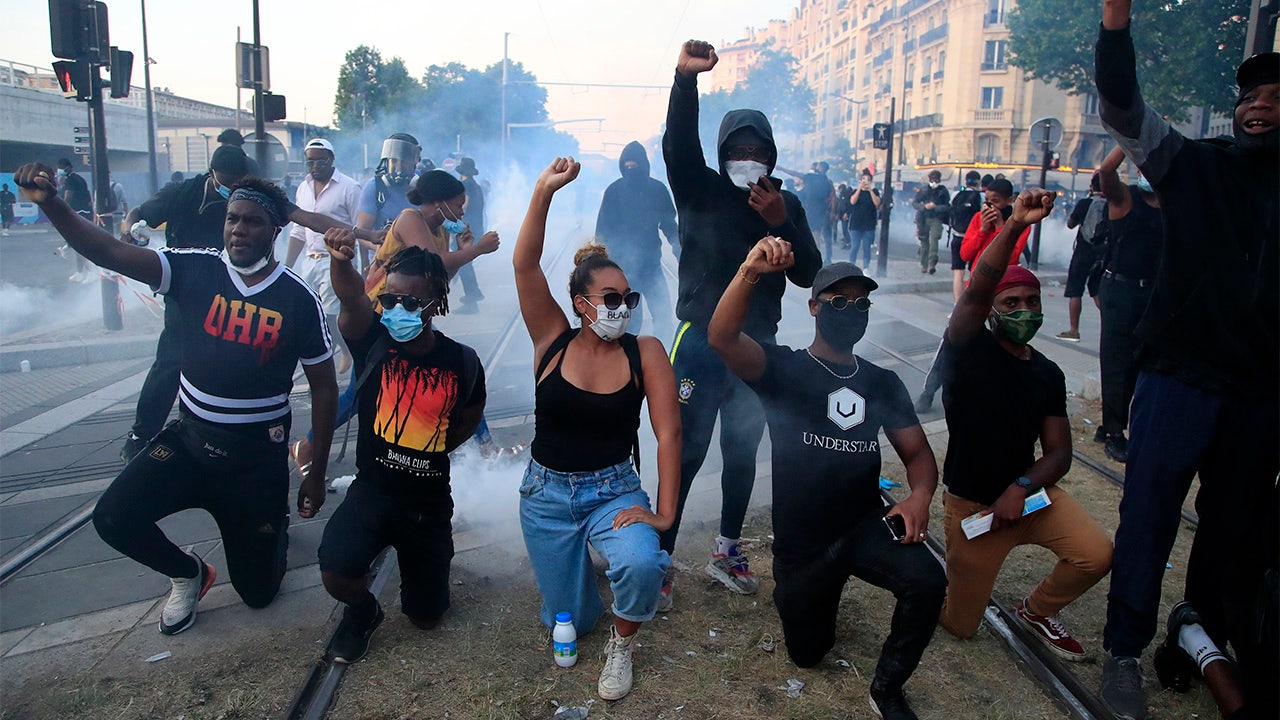 Riot police in France were met with flying pieces of debris as they fired tear gas into a crowd of protesters in Paris that had gathered at an unauthorized assembly on Tuesday and had started fires.

Thousands of people gathered to protest police militarization and racial injustice, according to The Associated Press.

The Paris rally reportedly paid tribute to Adama Traore, a French black man who died while in police custody. The protests come as various protests have also broken out within the United States over the death of Minneapolis man George Floyd.

“When you refuse to treat the problem of racism … it leads to what we see in the United States,” Dominique Sopo, head of French activist group SOS Racisme, told The AP. “The case of George Floyd echoes what we fear in France.”

Floyd died May 25 while in police custody when Minneapolis after then-officer Derek Chauvin kneeled on his neck for more than eight minutes in a moment caught on cellphone video. On Friday afternoon, Hennepin County Attorney Mike Freeman announced that Chauvin had been charged with third-degree murder and second-degree manslaughter.

Attorney General William Barr released a statement Saturday addressing the death of Floyd, saying that the federal government could step in to assist local entities if maintaining public order became an issue.

The news of the Paris rioters comes on the same day that federal government sources in the U.S. also claim to be contemplating a move against Antifa agitators, in an effort to arrest top-ranking officials within the organization.

There is concern that the radical left-wing group’s organizers might attempt to steer the current activity in various cities to suburban and rural neighborhoods, only to be met with armed citizens.

“Antifa knows this,” a government intelligence source who spoke on the condition of anonymity told Fox News. “Local and state authorities have to get a grip on this because if it moves to the suburbs, more people will die.”

Fox News’ Hollie McKay and The Associated Press contributed to this report.