The Las Vegas police officer who was reportedly shot in the head on the Strip overnight Monday was still fighting for his life Tuesday night, according to reports.

Meanwhile, a 20-year-old suspect has been taken into custody and charged with attempted murder, according to FOX 5 in Las Vegas.

Officer Shay Mikalonis, 29, of the Las Vegas Metropolitan Police Department was in critical condition on life support after the suspect, identified as Edgar Samaniego, allegedly fired at officers from across the street on Las Vegas Boulevard while the officers were attempting to disperse a group of protesters near the Circus Circus casino, the Las Vegas Review-Journal reported. 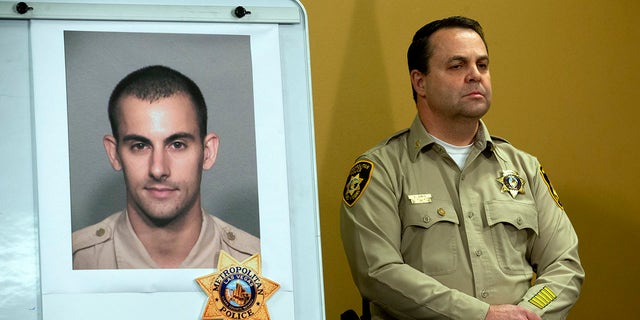 Samaniego was apprehended by responding SWAT officers, the newspaper reported.

The shooting happened just before midnight Monday following peaceful protests over the death of George Floyd, a Minneapolis man who died in police custody in that city on May 25.

It was unclear if Samaniego was part of the protest. Most of the crowd had already gone home when the shooting occurred, according to the Review-Journal.

Samaniego was being held at the Clark County Detention Center without bail. He was previously arrested in April on drug-related and DUI charges.

Another shooting occurred the same night near the courthouse. 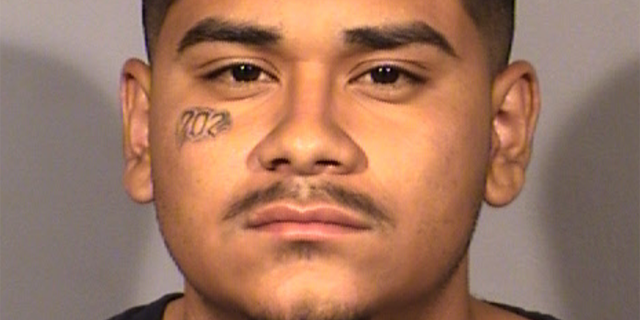 Edgar Samaniego, 20, has been charged with attempted murder in connection with the shooting of a Las Vegas police officer, authorities say. (Las Vegas Metropolitan Police Department)

Police shot an armed man who appeared to be wearing body armor as he reached for his gun. He was pronounced dead on the way to the hospital, Clark County Sheriff Joe Lombardo said.

Lombardo added that while he wasn’t sure the man was affiliated with the protests, the location of the shooting “would lead one to believe that he was,” according to the Review-Journal. 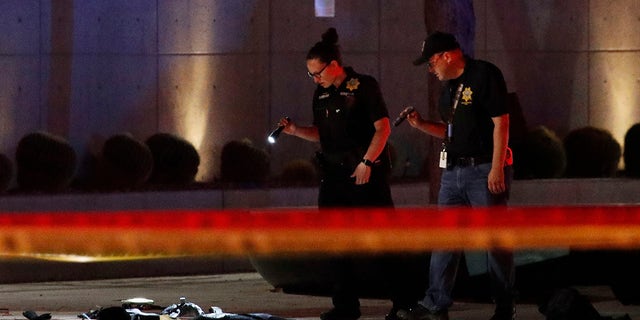 Investigators look at the scene of an officer involved shooting in front of a federal courthouse after a Black Lives Matter protest Tuesday, June 2, 2020, in Las Vegas. Protests continue over the death of George Floyd, who died after being restrained by Minneapolis police officers on May 25. (Associated Press)

“I know this is a difficult day for Nevada. And it’s during these trying times we must remind ourselves that creating a state where justice and peace exist together in partnership, not as a binary choice, is the goal we must all work toward,” Nevada Gov. Steve Sisolak said in a statement about the shootings, FOX 5 reported.

“I am committed to doing all I can. I am praying for the LVMPD officer who was senselessly shot last night – there is no place for this behavior in Nevada. I am praying for all of the communities across Nevada who are experiencing grief and pain right now. Violence has no place in our communities and we must all work toward peaceful solutions together. As your Governor, I am committed to listening, heeding calls to action, and healing.”