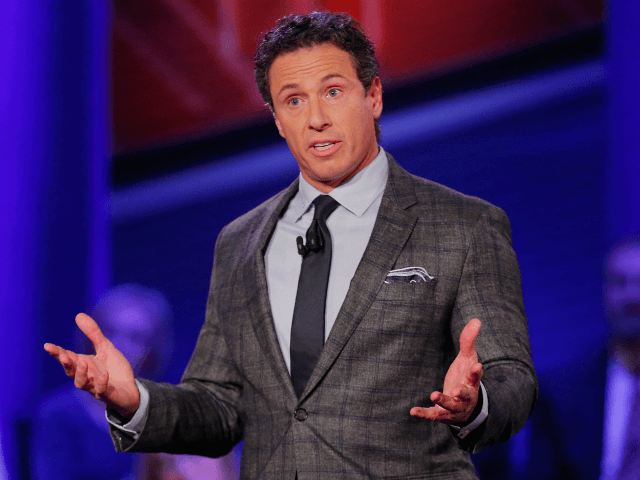 CNN’s Chris Cuomo went out of his way to encourage more riots in Democrat-run cities by arguing nowhere is it written “protesters are supposed to be polite and peaceful.”

CNN’s Chris Cuomo: “Please, show me where it says protesters are supposed to be polite and peaceful.”

As riots and looting have broken out in cities across the country, this is the message the brother of New York governor Andrew Cuomo shares at the top of his show. pic.twitter.com/ZZ47zpyVlx

Now too many see the protests as the problem. No, the problem is what forced your fellow citizens to take to the streets: persistent, poisonous inequities and injustice. And please, show me where it says protesters are supposed to be polite and peaceful. Because I can show you that outraged citizens are what made the country what she is and led to any major milestone. To be honest, this is not a tranquil time.

Police are the ones required to be peaceful, to deescalate, to remain calm.

Poor little Fredo… Dumb as a box of Fredos.

Let’s begin by taking Fredo’s sticky hand so we can lead him to exactly where it says “protesters are supposed to be polite and peaceful.”

It’s a little thing we like to call the First Amendment:

Congress shall make no law respecting an establishment of religion, or prohibiting the free exercise thereof; or abridging the freedom of speech, or of the press; or the right of the people peaceably to assemble, and to petition the government for a redress of grievances.

How is it possible that a guy with a law degree doesn’t know what the first — the very  first — amendment says? Well, when your daddy’s governor, I’m sure all kinds of things are made easier.

As far as “persistent, poisonous inequities and injustice,” we just had a black president and the lowest black unemployment rate in recorded history, but whatever… I live in rural America. It’s all peace and calm out here, so what do I care if Fredo lies and plays dumb in order to encourage more riots in Democrat-run cities. Not my problem. None of this is my problem.

Anyway, this is not the first time Cuomo has encouraged burners and looters to burn down black neighborhoods. He was practically lighting fires during those Baltimore race riots … that were premised on a hoax.

What is the media’s endgame here?

I mean Cuomo’s not the only one at CNN, or in the rest of the corporate media, openly encouraging these riots, encouraging looting and burning in dozens — literally, dozens — of Democrat-run cities.

And I’m well aware Cuomo is an unashamed Antifa supporter and cheerleader, but I don’t understand what the endgame is here… I guess if I cared more about these riots, I’d give all this more thought, but I honestly don’t care — did I mention how peaceful it is out here in Rural America? So all I see is blue on blue violence, the left eating its own, and the idiots who vote for Democrats getting what they voted for.

Cuomo is probably hoping after his Anifa pals are done ravaging all these Democrat-run cities, these left-wing terrorists will move into the suburbs. Sorry, that’s never going to happen. Antifa knows we’re armed with security lights, alert dogs, and our Second Amendment rights.

Antifa’s not stupid. People who vote for Democrats are stupid, but not Antifa.

It seems to me the media were caught off guard by their Antifa creation, that they honestly didn’t expect the monster they created to turn on their creators in Democrat-run cities.  So now all Chris Cuomo and CNNLOL and the rest of the corporate media can do is say, “We meant to do that.”

Let me close by reminding those of you who live in these Democrat-run cities that the media you support is openly encouraging the burning and looting of your neighborhood.

And as I’ve said many times before and will say many times again, out here in Rural America we’re watching all of this unfold on our 60-inch plasmas like it’s a reality show called Toldjaso!