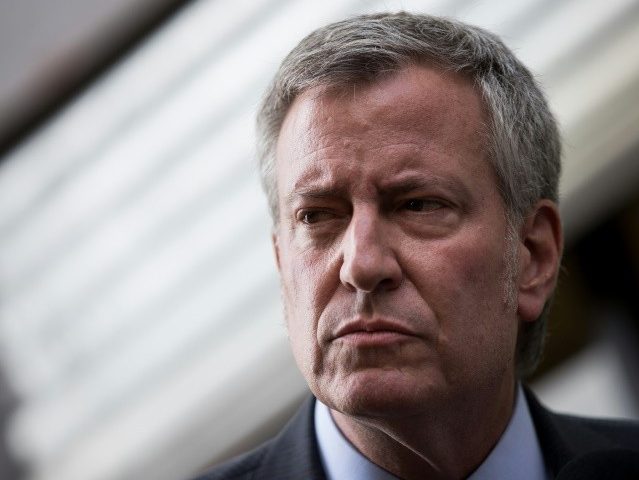 The crowd booed New York City Mayor Bill de Blasio (D) during his appearance at Thursdays’s vigil for George Floyd, with some hurling expletives, demanding the Democrat politician to “get the f*ck out of here!”

While Rev. Kevin McCall urged the crowd to treat de Blasio with respect, the mayor did not receive an overwhelmingly warm welcome, as the audience inundated his appearance with boos and shouts of “get the fuck out of here,” “fuck the mayor’s curfew,” and “shut the fuck up.” Some reportedly turned their backs to the mayor:

Mayor Bill de Blasio’s speech at the memorial for George Floyd in Brooklyn was met with boos and jeers, despite requests from organizers for the crowd not to do so. pic.twitter.com/3Yr96RiaMj

“For all of us who have not walked a mile in the shoes of the black community or communities of color, for all of us who know white privilege, we need to do more because we don’t even fully recognize the daily pain that the racism in this society causes,” de Blasio said during his remarks.

The mayor has been on the receiving end of criticism this week as protests turned to violent riots in his city, resulting in mass looting and vandalism, particularly in midtown Manhattan.

“I think the mayor underestimates the scope of the problem and the duration of the problem,” Cuomo remarked. “What happened in NYC was inexcusable.”

NYPD arrested over 700 protesters Monday night. Over 60 NYPD officers have been hospitalized with serious injuries since the onset of city-wide riots.