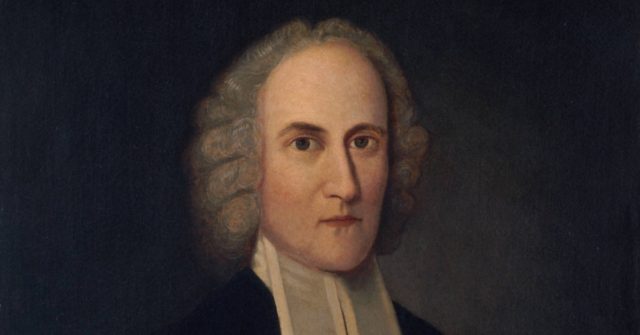 Former President Barack Obama referred to the ongoing unrest around the country, associated with the Black Lives Matter protests, as a “Great Awakening” in his remarks to a fundraiser for former Vice President Joe Biden on Tuesday.

And the good news, what make me optimistic is, the fact that there is a Great Awakening going on around the country particularly among younger people who are saying not only are they fed up with the shambolic disorganized mean spirited approach to governance that we’ve seen over the last couple of years but more than that are eager to take on some of the core challenges that have been facing this country for centuries.

The original “Great Awakening” was a religious revival in colonial American society several decades prior to the Revolution.

The Great Awakening was a religious revival that impacted the English colonies in America during the 1730s and 1740s. The movement came at a time when the idea of secular rationalism was being emphasized, and passion for religion had grown stale. Christian leaders often traveled from town to town, preaching about the gospel, emphasizing salvation from sins and promoting enthusiasm for Christianity. The result was a renewed dedication toward religion. Many historians believe the Great Awakening had a lasting impact on various Christian denominations and American culture at large.

One of the most famous sermons of the Great Awakening is Jonathan Edwards’ “Sinners in the Hands of an Angry God“:

The wrath of God burns against them, their damnation does not slumber; the pit is prepared, the fire is made ready, the furnace is now hot, ready to receive them; the flames do now rage and glow. The glittering sword is whet, and held over them, and the pit hath opened its mouth under them.

The God that holds you over the pit of hell, much as one holds a spider, or some loathsome insect over the fire, abhors you, and is dreadfully provoked: his wrath towards you burns like fire; he looks upon you as worthy of nothing else, but to be cast into the fire; he is of purer eyes than to bear to have you in his sight; you are ten thousand times more abominable in his eyes, than the most hateful venomous serpent is in ours. You have offended him infinitely more than ever a stubborn rebel did his prince; and yet it is nothing but his hand that holds you from falling into the fire every moment. It is to be ascribed to nothing else, that you did not go to hell the last night; that you were suffered to awake again in this world, after you closed your eyes to sleep. And there is no other reason to be given, why you have not dropped into hell since you arose in the morning, but that God’s hand has held you up. There is no other reason to be given why you have not gone to hell, since you have sat here in the house of God, provoking his pure eyes by your sinful wicked manner of attending his solemn worship. Yea, there is nothing else that is to be given as a reason why you do not this very moment drop down into hell.

The current wave of protests, ostensibly motivated by outrage at the death of George Floyd, 46, an African American man, in the custody of Minneapolis, Minnesota, police, has devolved into riots and vandalism, with widespread destruction of historic statues and monuments.