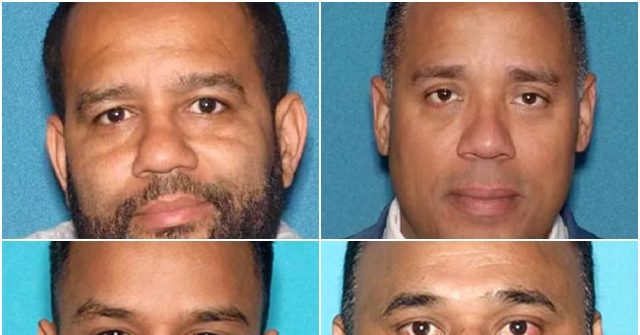 Shelim Khalique is the brother of Paterson City Councilman Shahin Khalique — the elected official behind the city allowing an Islamic call to prayer — and Abu Razyen is linked to Khalique’s re-election campaign, according to Grewal.

The charges allege that Jackson violated state election laws when he collected mail-in ballots from voters in recent city council elections and delivered them to the Passaic County Board of Elections. Jackson, according to the charges, did not identify who he was when he dropped off the ballots and in one case took an unsealed ballot that had not been filled out and delivered it sealed to the Board of Elections.

Mendez, the charges allege, violated state election laws when he too collected ballots from voters and delivered them to election officials without ever identifying who he was. The charges claim Mendez delivered mail-in ballots that he knew were fraudulent, in that they were filled out by an ineligible voter.

According to prosecutors, Khalique did not identify himself when delivering mail-in ballots to election officials.

Razyen has been charged with third-degree fraud in casting mail-in votes and third-degree unauthorized possession of ballots for allegedly procuring and possessing more than three official mail-in ballots that were not his and for which he was not authorized to deliver.

The charges come as Paterson’s all mail-in ballot election was allegedly rife with fraud. Grewal confirmed that almost 20 percent of the mail-in votes cast were thrown out by the Board of Elections.

Recent data has not shown a compelling public health justification for mail-in voting. In Wisconsin’s April election, only 52 of more than 400,000 voters and poll workers were confirmed to have contracted the Chinese coronavirus. None of those cases were fatal. This equals an infection rate below two-hundredths of one percent.