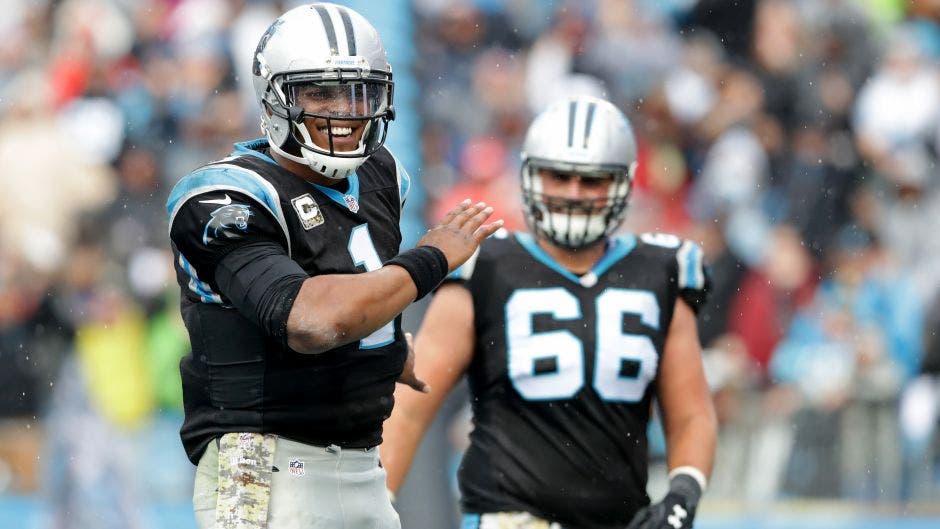 But better than they were last season? When they won an 11th straight division title? With Tom Brady? Crazy talk.

Or not? Account for a strong defense, a run-oriented offensive line and a stable of backs.

“I honestly think the way the team is built right now fits more to Cam Newton football than it does to Tom Brady football,” NBC Sports analyst Chris Simms told The Post. “That’s just tailor-made for Cam, and now you have the ability to do more creative things within the running game. Now you have one of the greatest play-action offenses in football.

“If there was a negative about Brady last year, it was an unwillingness to push the ball down the field. Now you’ve got the guy who will hang in there and rifle it.”

Newton’s one-year incentive-laden deal is pending a physical — no small thing after shoulder and foot surgeries in 2019 on a mobile deep-ball thrower.

The 2015 MVP was cut by the Carolina Panthers and remained a free agent longer than expected due to a combination of coronavirus restrictions preventing team physicals and because so few teams are unsettled at quarterback.

Kurt Warner went through a similar experience, cut by the St. Louis Rams after winning an MVP and reaching back-to-back Super Bowls. He proved the doubters wrong to restore a Hall of Fame career with the Arizona Cardinals.

“Because I had been through it, I understand perception becomes reality in the NFL,” Warner, an NFL Network analyst, told The Post. “If people perceive you as damaged goods, I understand that people in the league who were tentative.

“When you have to reprove to yourself, you relish that. It’s a distinct challenge as you go to different places and people don’t know what you are capable of. If you are able to do the things you want to do, it’s really, really sweet.”

Simms caught flak last week for ranking an unsigned 31-year-old Newton at No. 10 — five spots ahead of Brady — on his annual list of the NFL’s top 40 quarterbacks.

The Patriots were the only team to offer a contract to Newton, per ESPN. Why was Simms on a wave length shared only by Bill Belichick?

In Newton’s training videos shared on social media, Simms saw zip on passes and aggressive hopping with a willingness to put pressure on his left foot. He studied 2018 film to see the metamorphosis of a better pocket passer.

Warner imagines the Patriots managing Newton like the Seahawks and Russell Wilson, limiting designed runs (and collisions) by using early- game read-options as masked handoffs, saving the wear on his body until a special fourth-quarter play is needed.

While there is no putting anything past the creative minds in New England — a two-quarterback rotation or a Taysom Hill-like specialty role to limit Newton’s injury exposure, for example — the solution probably is simpler. The NFL’s most versatile playbook changed year-to-year during Brady’s tenure to fit surrounding personnel, so there already are unused Newton-friendly pages.

“I could see them as more apt to say we are going to put a pitch count on Cam in terms of hits, very similar to what you heard the Ravens talk about with Lamar Jackson,” Warner said. “If Cam is your starter, you are not going to try to spell him for a young guy. You are going to try to keep him fresher.”

If it works, the AFC landscape just changed.

“I think everybody in the AFC East and the AFC as a whole was breathing that sigh of relief: We don’t have to go through Tom Brady now,” Warner said. “Now you get Cam Newton there and everybody takes a step back. If he is the guy he has been in the past, now they become dangerous, and maybe even one of the favorites. I think a lot of people look at the Patriots 180 [degrees different] from where they saw them just yesterday.”