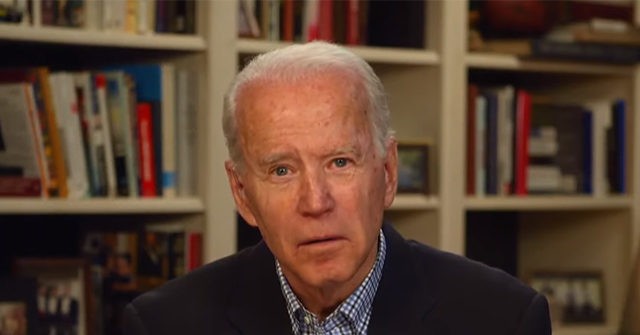 “I’m not comfortable with him being my president,” Jackson said.

“I think he’s got some cognitive issues,” he continued, before adding that he’s not diagnosing the former vice president and has not examined him.

“But as a concerned American who also happens to be a physician, I’m just going to say it’s concerning to me that he sometimes is not able to complete a sentence, not really know where he’s at or what he’s doing and we’ve seen that countless times now,” Jackson said.

After saying some age “more gracefully” than others, he said, “If he was going to be president someday, that window seems to have closed in my mind.”

Jackson, who was White House Physician during both the Barack Obama and Donald Trump administrations, gave the Montreal Cognitive Assessment to President Trump in 2018 at the President’s request, so Trump could quell criticisms from his foes that he was mental unfit.

“The President didn’t have anything to hide,” Jackson told The Kyle Olson Show, so he consented to the assessment.

“I knew he was cognitively intact,” he said, so he didn’t worry about what the results might be.

“It’s never been done for a president before,” Jackson said, “obviously no president has ever had any cognitive testing done.”

Jackson said he delivered the results to the White House Press Corps. during a lengthy briefing, and he said the room was packed with medical experts and correspondents.

“They were obviously there that day as assassins to bring me down and undermine the President’s physical,” he recalled.

The press were unsuccessful in doing that, he said, and now they can’t bring up Trump’s mental fitness to be President with Biden as the presumptive Democrat nominee.

The doctor cited Biden’s regular brain freezes, confusion over his physical location and office he’s seeking as reasons to do so.

“I want my President, my Commander-in-Chief, my head of state to be a little bit sharper mentally than Joe Biden currently is,” Jackson said.

“Maybe he would have been fine ten years ago, but I legitimately think Joe Biden’s window … has closed,” he told The Kyle Olson Show.

“I think that he’s old enough now that he’s having cognitive difficulties and that just happens. It’s part of growing old,” Jackson said.

“If (Trump) goes head-to-head with Joe Biden cognitively, there just wouldn’t be much of a comparison. It would be very one-sided,” Jackson said.

He suspected that’s why Biden hasn’t been in public much lately and said he thought the Biden campaign will try to get out of the three debates they have agreed to.

“They cannot afford to put Joe Biden on the stage side-by-side with President Trump. It will be an unmitigated disaster for their party,” Jackson said.

The doctor believes Biden should take the MoCA, detailed here, because “the standard has been set and it’s been pushed by the far-left and the liberal press.”

He pointed to a group of psychiatrists who called on Trump to be examined by a “panel” of them.

Jackson said they asserted “from now on, anybody who’s considered for President of the United States should be submitted to a screening exam” by a number of psychiatrists as a way to get Trump.

“Now that they’ve got Joe Biden as their candidate, nobody is saying that. It’s crickets,” he said.

Jackson asserted Biden is “flawed on many fronts with regards to his cognitive prowess,” and Jackson is “disgusted with the double standard.”

He added those who have called on Trump to be examined should have “some urgency” in demanding the same thing for Biden.

Jackson said many people have suspicions “something’s wrong and he wouldn’t do well” on the test and that he’s “not cognitively sharp enough to be our President right now.”

He added that Biden’s campaign is “not going to let” him take it.

“They will do everything in their power to prevent that from happening. They will not let him be examined because it’s not going to be good for him,” Jackson said.

“It doesn’t take a neurosurgeon, it doesn’t take a psychiatrist to realize that Joe Biden does not possess the mental acuity right now to lead this country,” he told The Kyle Olson Show.