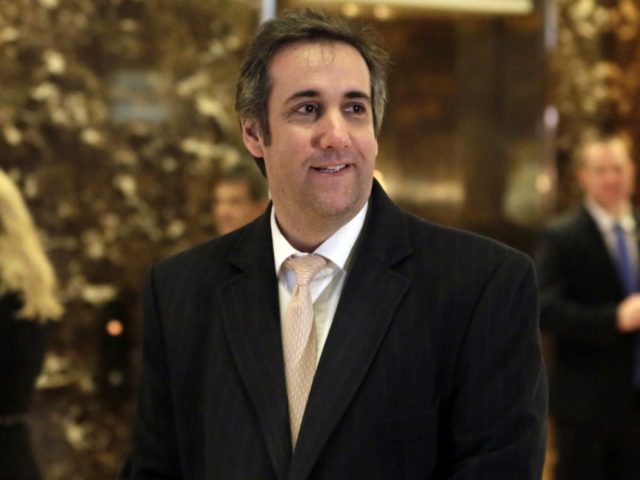 Michael Cohen, a former lawyer of President Donald Trump, was seen dining at a pricey New York City restaurant on Thursday after he was released from prison due to concerns over the coronavirus.

The incident, which was captured in photographs by the New York Post, took place in Manhattan’s Upper East Side at Le Bilboquet, a French eatery located near his Park Avenue apartment.

According to the Post, “Cohen, his wife, Laura, and another couple spent about an hour chatting before they became the last patrons to leave around 11:30 p.m.”

Before splitting from the other couple to go home, the Post noted that Cohen and his wife both put on face masks. The article also stated that Cohen had dined at another restaurant, Avra Madison on East 60th Street, within the last week, according to two different sources.

“He’s nice, and used to come here all the time,” a staffer said of Cohen’s visit.

Cohen, who was released from prison on May 20 due to the coronavirus pandemic, was sentenced to three years in December 2018 for tax evasion, bank fraud, lying to Congress, and an attempt to cover up payments made to Stormy Daniels and Playboy playmate Karen McDougal.

Earlier this year, a federal judge refused to release Cohen, whose sentence expires on November 22, 2021, from prison over the impact of the coronavirus.

Cohen’s lawyer, Jeffrey K. Levine, told the New York Times at the time of his release that Cohen is “glad to be home in a safer and healthier environment.”

“It’s still his prison until his sentence is over,” Levine said.

On Friday, after it made the news that Cohen was seen eating in public, Levine spoke out in defense of Cohen, saying he “is currently on furlough” and that he “did not violate any of the terms and conditions of his release … and any assertion or suggestion to the contrary would be wholly inaccurate and untrue.”

The BOP form for furlough applications requires that an inmate provide a furlough address and acknowledge by signature that ‘I am authorized to be only in the area of the destination shown above and at ordinary stopovers or points on a direct route to or from that destination.’

Conditions listed on the form also include a provision that says, ‘I will not leave the area of my furlough without permission, with exception of traveling to the furlough destination, and returning to the institution.’

Cameron Lindsay, a former BOP official and ex-warden at the federal lockup in Brooklyn, said Cohen’s visit to the restaurant “doesn’t look right” and could be considered to have violated his furlough agreement.

“I find it unusual that he’s out to dinner,” Lindsay said. “I don’t know that I ever remember furloughs being approved for social reasons.”

A Manhattan attorney also disputed Cohen’s actions, saying it’s “something that I’ve never seen before” and it is “common sense” that “he shouldn’t be dining at restaurants.”

“It’s a privilege to [be] furloughed as a result of the coronavirus,” the attorney said. “His furlough should be revisited by the warden and it should be revoked.”