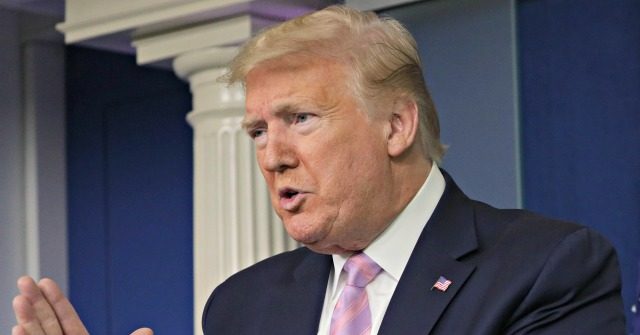 President Donald Trump described ongoing drives to destroy historical statues and monuments as part of a broader campaign to “far-left fascism” that seeks to “overthrow the American Revolution,” making his comments during his Salute America address on Friday evening at Mount Rushmore in South Dakota.

Trump said, “There is a new far-left fascism that demands absolute allegiance. If you do not speak its language, perform its rituals, recite its mantras, and follow its commandments, then you will be censored, banished, blacklisted, persecuted, and punished. Not going to happen to us.”

Trump continued, “Make no mistake. This left-wing cultural revolution is designed to overthrow the American Revolution. In so doing, they would destroy the very civilization that rescued billions from poverty, disease, violence, and hunger and that lifted humanity to new heights of achievement, discovery, and progress. To make this possible, they are determined to tear down every statue, symbol, and memory of our national heritage.”

Pollak said, “The Democrats want a second American Revolution, and on current trends, they’re going to get it unless there’s a silent majority out there that stands up. … Essentially, we’re in a situation where the country is going to sink if Democrats win.”

Historian Victor Davis Hanson speculated that Trump would be reelected in November — and that only Trump’s reelection could stop an ongoing left-wing and partisan Democrat “Cultural Revolution” in the country.