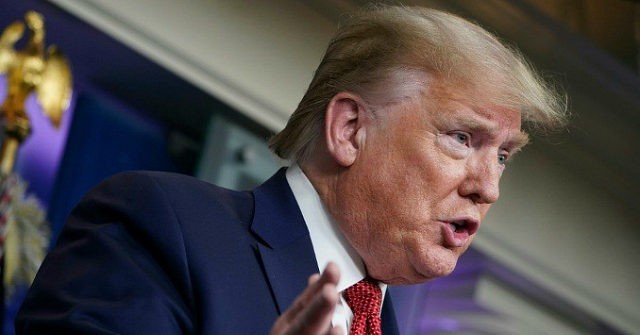 On Friday evening, President Donald Trump said the destroyers of American statues and monuments will receive a minimum of ten years in federal prison if convicted.

Speaking in front of Mount Rushmore in Keystone, South Dakota, Trump said his latest executive order ensures full prosecution under the law for rioters who are convicted of destroying, defacing, or tearing down the nation’s federally-protected monuments.

“That is why I am deploying federal law enforcement to protect the monuments, arrest the rioters, and prosecute offenders to the fullest extent of the law,” Trump said.

“Under the executive order signed last week pertaining to the Veteran’s Memorial and Recognition Act and other laws, people who damage or deface federal statues will get a minimum of ten years in prison,” Trump said.