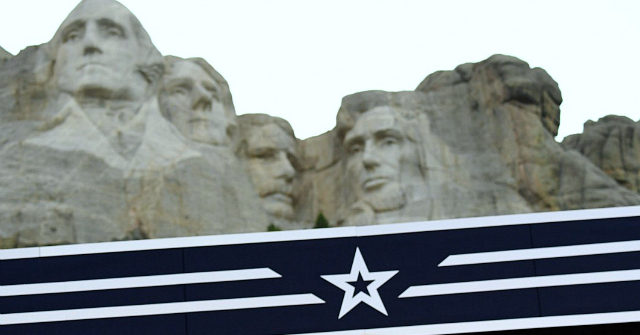 President Donald Trump said during his speech before Mount Rushmore on Friday night that America’s schools continue to indoctrinate America’s children, and children are taught to “hate their own country.”

Trump said during his speech on Friday that the left has become increasingly radical and influential within the many facets of American society.

Trump said that he will “expose” the left’s dangerous radicalism and “cultural revolution.”

“In our schools, our newsrooms, even our corporate boardrooms, there is a new far-left fascism that demands absolute allegiance,” Trump said.

The president then contended that much of the rioting and disorder that has arisen in the past many weeks came from the left’s infiltration into the country’s schooling system. He said that the schools and media continue to distort the truth about American history and make children hate their country.

The violent mayhem we have seen in the streets and cities — that are run by liberal Democrats in every case — is the predictable result of years extreme indoctrination and bias in education, journalism, and other cultural institutions. Against every law of society and nature, our children are taught in school to hate their own country and to believe that the men and women who built it were not heroes but were villains.

The radical view of American history is a web of lies. All perspective is removed. Every virtue is obscured. Every motive is twisted. Every fact is distorted and flaw is magnified until the history is permanently purged and the record is disfigured beyond all recognition. This movement is openly attacking the legacies of every person on Mount Rushmore. They defile the memory of Washington, Jefferson, Lincoln, and Roosevelt.

“Today, we will set history and history’s record straight,” he added.