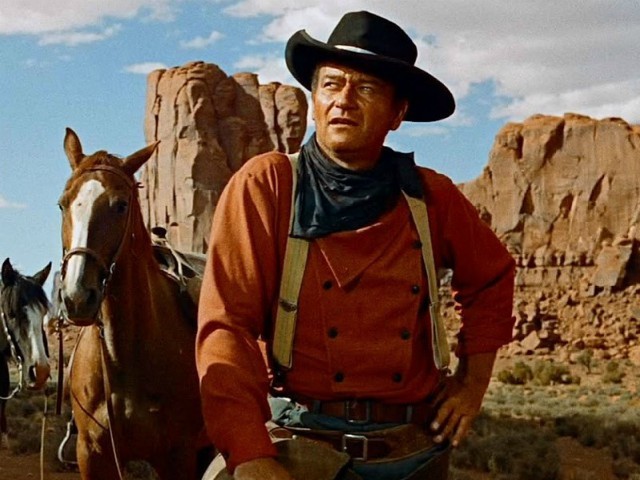 The University of Southern California’s School of Cinematic Arts announced Friday that it will remove its exhibit of Hollywood legend John Wayne, citing an initiative to promote “anti-racist cultural values” following protests from students.

“Conversations about systemic racism in our cultural institutions along with the recent global, civil uprising by the Black Lives Matter Movement require that we consider the role our school can play as a change maker in promoting antiracist cultural values and experiences,” Evan Hughes, the assistant dean of diversity and inclusion, said in a statement. “Therefore, it has been decided that the Wayne Exhibit will be removed.”

Students demanded the removal of the Wayne exhibit over remarks he made during a 1971 Playboy magazine interview.

“I believe in white supremacy until the blacks are educated to a point of responsibility,” the True Grit star told Playboy at the time. “I don’t believe in giving authority and positions of leadership and judgment to irresponsible people.”

“I don’t feel guilty about the fact that five or 10 generations ago these people were slaves,” Wayne added, noting that he vehemently opposed slavery.

Of Native-Americans, Wanye said: “I don’t feel we did wrong in taking this great country away from them. There were great numbers of people who needed new land, and the Indians were selfishly trying to keep it for themselves.”

“O​range County is now a diverse region far different from the time when John Wayne was chosen as namesake for the airport,” the party’s resolution read.

Wayne was posthumously awarded the Presidential Medal of Freedom in 1980, by then-President Jimmy Carter. The actor died in 1979.