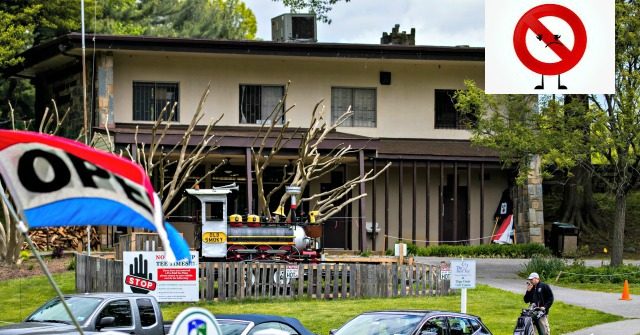 Joe Biden’s radical proposal for the Democrat Party platform for 2020 seeks to put an end to America’s suburban communities by forcing low-income housing into every neighborhood and flooding every community with immigrants, legal or otherwise.

The proposal, known as the Biden-Sanders Unity Task Force Recommendations, would provide instant amnesty and a pathway to U.S. citizenship for the 22 million illegal aliens now living in the nation. Astoundingly, it would also give legal status to all the world’s refugees regardless of the legitimacy of their claim to the status.

But on top of all that, Biden and Sanders are proposing that Barack Obama’s so-called Affirmatively Furthering Fair Housing rules will be put into full force.

In another section, the platform states Biden would: “Ensure effective and rigorous enforcement of the Fair Housing Act and the Home Mortgage Disclosure Act. Hold financial institutions accountable for discriminatory practices in the housing market.”

With a longer explanation, the platform states:

Democrats will vigorously enforce the Fair Housing Act and the Home Mortgage Disclosure Act and hold lenders accountable for discriminatory practices. We will use the federal government to enforce settlements against discriminatory lenders, and require communities to proactively review housing patterns and remedy local policies that have a discriminatory effect. Democrats will give local elected officials tools and resources to combat gentrification, penalize predatory lending practices, and maintain homeownership, including exploring targeted rental relief when exorbitant rent increases force long-term residents from their communities and tackling persistent racial bias in appraisals that contributes to the racial wealth gap.

If you are unsure of what all this means, the Obama AFFH rules would force every single American city or town to add section 8 and so-called “low-income” housing in every community.

Fox News host Tucker Carlson recently explained what the outcome of such a rule would mean for America’s suburban communities.

Carlson said the Biden platform would:

…make the rest of America very much like our biggest cities have become: squalid, dangerous, chaotic and unhappy. They’d like to do to your neighborhood what they have done to New York City. The main thing they’ve done to New York is make it scary. Violent crime is surging dramatically there, as we have told you night after night. none of the main reasons for that is the elimination of cash bail — the city no longer holds the people at arrests.

The Fox host then added:

Democrats want to abolish the suburbs. They are too clean and nice, and therefore by definition, they are racist. The Biden campaign has highly specific plans on how to do this. It’s called affirmatively furthering fair housing. It’s a HUD regulation, it was written during the Obama administration. Biden’s advisors plan to enforce it. They will cut off critical federal funds for municipalities unless those municipalities submit to federal control of urban planning. Towns will be ordered to abolish zoning for single-family housing because single-family homes, needless to say, are racist. Low-income federally subsidized apartments will go up in the suburbs. It’s a good bet you won’t see any of this. You won’t see projects being built in Aspen or Martha’s Vineyard or anywhere else Eric Holder vacations but in your neighborhood? Oh, yeah.

The rules would make planning and building homes in every neighborhood the exclusive business of the federal government which would tell all of us how we are allowed to live, in what sort of homes, and where those homes are built.
That is what you will be getting if Joe Biden wins in November.