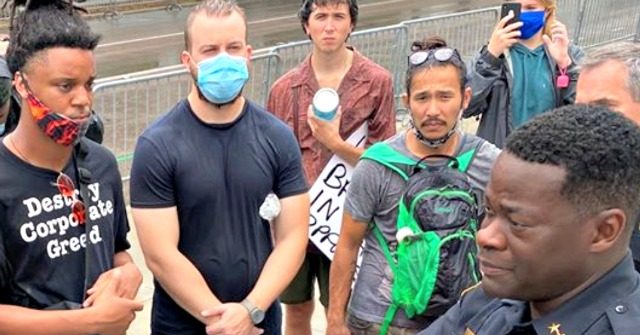 The St. Petersburg Police Department in Florida said Thursday that it will hire social workers to respond to non-violent calls.

The City of St. Petersburg Police Department will create a new division within the police department called the Community Assistance Liaison, to expand our approach to public safety by retaining a social service agency to respond to non-violent calls for service from the public. Beginning October 1, instead of sending a police officer, a CAL team member will respond to the following issues:

In addition, the department said it would not add 25 officers over the next two years as it previously committed.

“The Police Department will lose $3,125,000 in federal grant funding awarded to pay for the new officers and $3,800,000 the City had earmarked in matching funds required by the grant. The City will instead use those funds to pay for this new service,” the release noted.

At a press conference Thursday, Mayor Rick Kriseman said while the department was not one with a “bloated budget” or “frivolous toys,” it would continue to “get even better.”

“I am inviting protest leaders to join us for a facilitated exchange of ideas, concerns, and plans for the continued improvement we all seek,” he stated.

The CAL members will wear plainclothes and will not be armed, according to the St. Pete Catalyst.

“With the CAL team handling non-violent calls, uniformed officers will have more time to walk in the community and build relationships,” the report noted.

Also on Thursday, President of the Sun Coast Florida Police Benevolent Association Jonathan Vazquez said every police officer, community leader, and citizen he spoke to told him it was “time for law enforcement to refocus.”

“On crime reduction and neighborhood safety, it is time to allow the experts in the field of social services more involvement in these incidents,” he concluded.