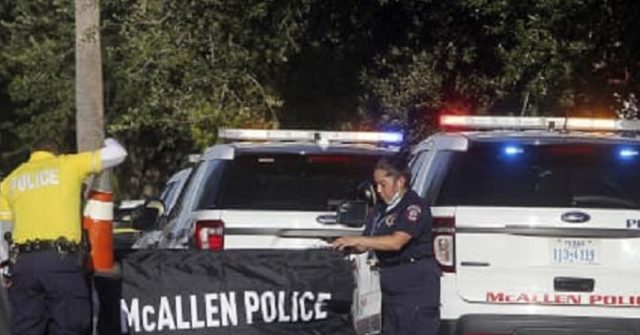 MCALLEN, Texas – Two police officers died after a local man shot them several times as they responded to a domestic disturbance call. The gunman caught the officers by surprise and then turned the gun on himself as other officers responded to the shooting.

“They were doing their job,” said McAllen Police Chief Victor Rodriguez during a streamed news conference on Saturday night. “They never had the chance to suspect deadly assault on them, much less death.”

The officers responded to a call of domestic violence at about 4:30 p.m. on Saturday. After meeting with the victims, the officers went to a home in the 3500 block of Queta Street to speak with the suspect, 23-year-old Audon Ignacio Camarillo. As the officers opened the door, Camarillo shot them both catching the officers by surprise, Rodriguez said adding that the officers did not have a chance to draw their weapon nor call for help.

Police Chief Rodriguez identified the two slain officers as 35-year-old Edelmiro Garza and 39-year-old Ismael Chavez. Other officers who were in the area drove by for a safety check and saw both officers on the ground. The officers confronted Camarillo who went out of the house and used a vehicle for cover as he shot himself. Authorities rushed the two officers to a local hospital where they died as a result of their injuries.

“In these last few years we have talked about the national narrative people against police and that kind of … in the face of that adversity we rise and we serve nonetheless,” the chief said. “In the face of a pandemic officers went to a door today to serve regardless of the threats to us, to our health, and to our safety and to our families as well.”