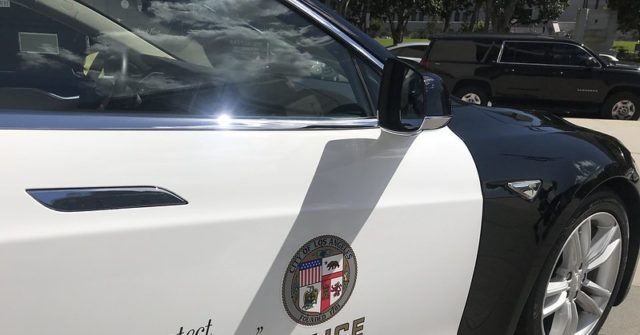 Roughly one hundred members of the Los Angeles Police Department (LAPD) protested Saturday in front of their headquarters in downtown Los Angeles on Saturday, urging residents and elected leaders to “defend the police.”

THANK YOU to everyone who turned out today in Los Angeles in support of a police force to fight and catch the bad guys. There need to be more pro-police rallies like this!

“Rally outside of LAPD headquarters to defend the police”https://t.co/64OKU1dHew#stoptheinsanity #maga pic.twitter.com/w1HygqAVkc

Calls to defund the police have been swiftly answered by the City Council, which slashed the LAPD budget by $150 million, saying the money will be channeled into services for Black, Latino and disenfranchised communities.

Officers say they are demoralized by the cuts, which will deliver a huge hit to overtime pay and hiring in the 10,000-member department, when they have worked hard to build ties with community members and are willing to risk their lives to keep people safe.

“What I’m concerned about is that the neighborhoods that will pay the worst price are the most economically depressed neighborhoods,” said Rusty Redican, an officer with the beach patrol in West L.A. and an 18-year LAPD veteran. “Ninety-five percent of the people in South L.A. are great people who just want to live their lives and not be preyed on by gang members and drug dealers.”

The LAPD has worked for decades to improve its relations with the African American community following the Rodney King riots in 1992. That effort was largely considered a success until the past few years of Black Lives Matter protests.