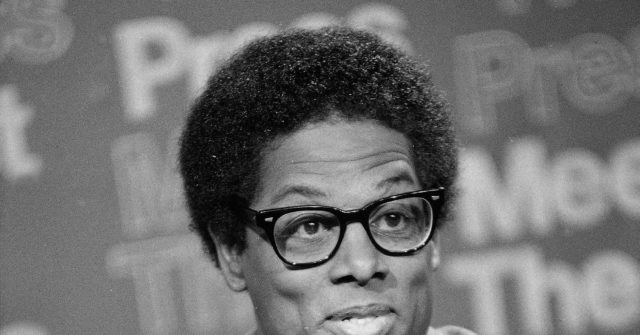 Conservative African American economist Thomas Sowell says that the term “systemic racism,” which is central to the Black Lives Matter movement, has “no meaning.”

According to Fox News:

You hear this phrase, ‘systemic racism’ [or] ‘systemic oppression’,” host Mark Levin told Sowell. “You hear it on our college campuses. You hear it from very wealthy and fabulously famous sports stars. What does that mean? And whatever it means, is it true?”

“It really has no meaning that can be specified and tested in the way that one tests hypotheses,” answered Sowell, who added that the currency of the phrase reminds him of the “propaganda tactics” of Nazi Germany, where Sowell claimed that if a lie was “repeated long enough and loud enough” it would be widely believed.

Sowell, who recently turned 90, was born poor in North Carolina, and grew up in Harlem before attending the Stuyvesant magnet school and moving on to the Ivy League and the University of Chicago.

Initially attracted to the left, Sowell eventually rejected socialism in favor of conservatism. He has written some of the most important critiques of left-win dogma.

In his 2005 book Affirmative Action Around the World: An Empirical Study, Sowell observed: “Despite sweeping claims made for affirmative action programs, an examination of their actual consequences makes it hard to support those claims, or even to say that these programs have been beneficial on net balance — unless one is prepared to say that any amount of social redress, however small, is worth any amount of costs and dangers, however large.”

In an interview with the Wall Street Journal in 2017, Sowell described President Donald Trump as “the first Republican who’s made any serious attempt to get the black vote by addressing problems that affect most blacks who are trying to do the right thing—such as education, which is such low-hanging fruit.”

On Life, Liberty, and Levin, Sowell added: “If the election goes to [Joe] Biden, there’s a good chance that the Democrats will control [Congress] and considering the kinds of things that they’re proposing, that could well be the point of no return for this country.”