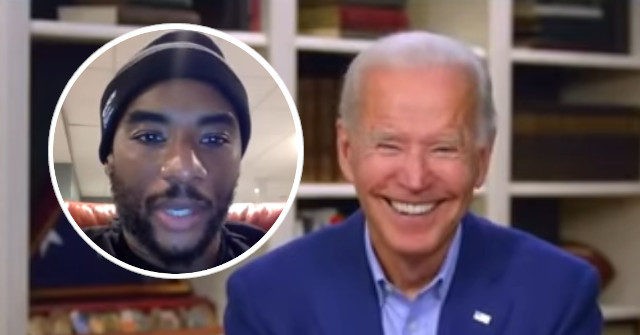 The poll, conducted by John Zogby Strategies and EMI Research Solutions, surveying 1,000 voters nationally, found only 77 percent of black voters are committed to voting for Biden in the general election. Meanwhile, according to the results, 14 percent of black voters plan to support President Donald Trump, with another nine percent still not having made up their mind.

If accurate, the numbers pose a major problem for Biden and his party moving into the general election. Most Democrat strategists point to a drop-off in black turnout between 2012 and 2016 as the primary reason for former Secretary of State Hillary Clinton lost.

During that race, Clinton received 88 percent of the black vote, according to exit polls. Although impressive, the numbers were significantly lower than the 93 percent former President Barack Obama garnered on his way to reelection in 2012.

The drop-off was most significant in Michigan, Pennsylvania, and Wisconsin—states that went narrowly for Trump in that election after having backed Democrats at the presidential level for nearly three decades. For example, data from the Michigan secretary of state’s office indicates Clinton received 75,000 fewer votes in Wayne County—where Detroit is located—than Obama did in 2012. Even though Clinton still won the country by a substantial margin, the decrease in support ensured Clinton lost the state to Trump, who made strong inroads with white working-class voters, by more than 10,000 votes.

Many believe that if black turnout was the same in 2016 as it was in 2012, Clinton would have won the presidency, despite Trump’s populist appeal to blue-collar whites. As such, Democrats are pushing Biden to do everything possible to hit the 2012 margins, starting with tapping a woman of color as his running mate.

The Zogby and ERI poll released on Monday is similar to an analysis published in late-May by the Democracy Fund + UCLA Nationscape. It found, upon analyzing weekly surveys going back to July 2019, that Biden is currently pulling less of the African American vote nationally than Obama and Clinton did in 2012 and 2016, respectively.

Biden’s weakened position, according to the data from Democracy Fund + UCLA Nationscape, stemmed from a lack of enthusiasm for his candidacy among younger black voters. Those surveys indicated that only 57 percent of black voters between the ages of 18 and 29 hold a favorable opinion of the former vice president. On the other hand, 88 percent of African Americans 65-years-of-age and older held a favorable view of Biden.