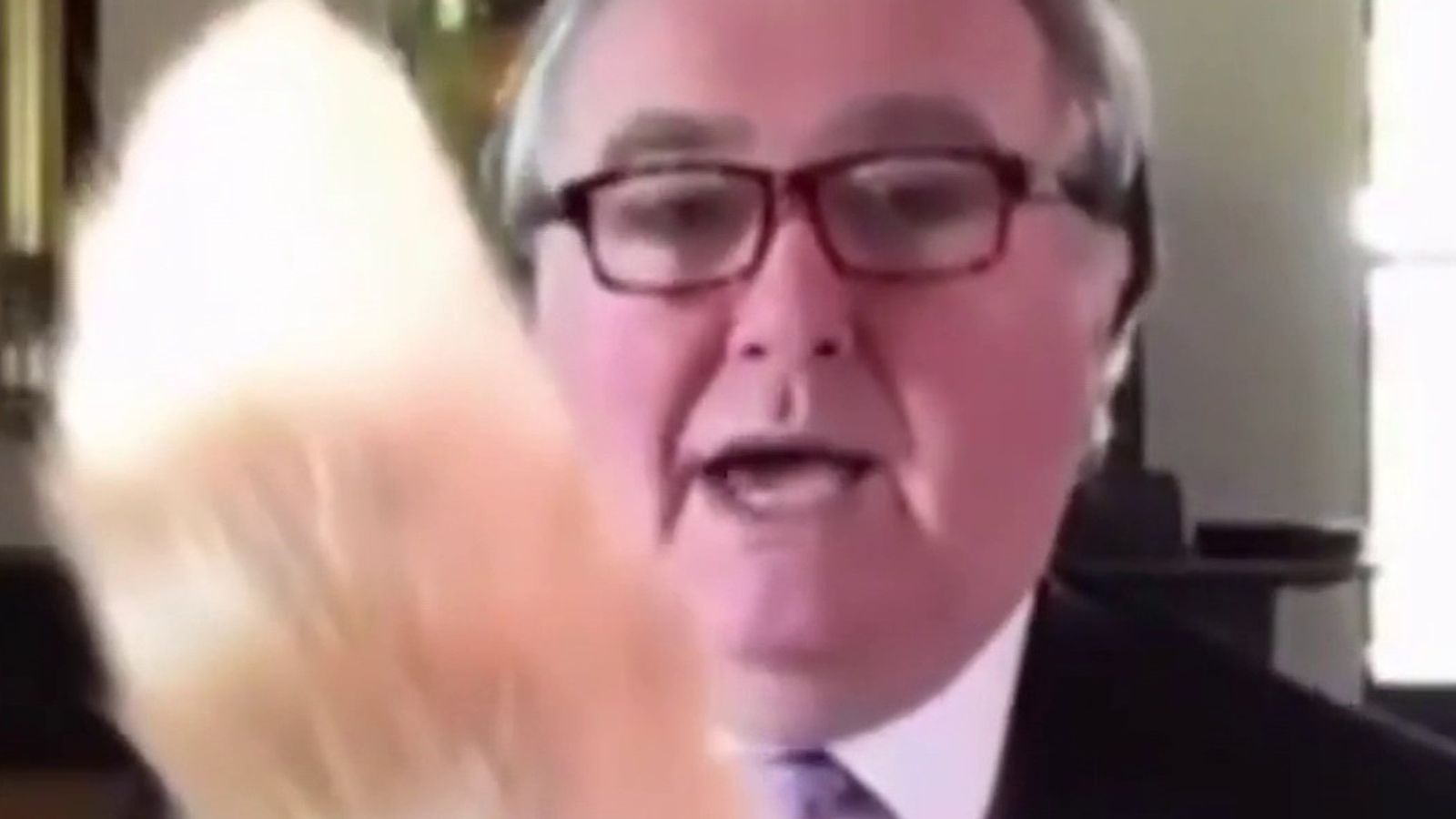 A parliamentary committee was joined by an unexpected guest during one of its hearings – an MP’s cat.

Members of the Digital, Culture, Media and Sport Committee had gathered both in person and virtually to consider the future of public service broadcasting.

As MP John Nicolson was asking about the use of subtitles on children’s TV, his cat Rojo decided it was the perfect moment for a Zoom star turn.

The feline’s tail could be seen popping up on the screen, prompting the SNP MP for Ochil and South Perthshire to “apologise for my cat’s tail”.

He then appeals to the cat: “Rojo, put your tail down,” prompting laughter from witnesses and other MPs on the call.