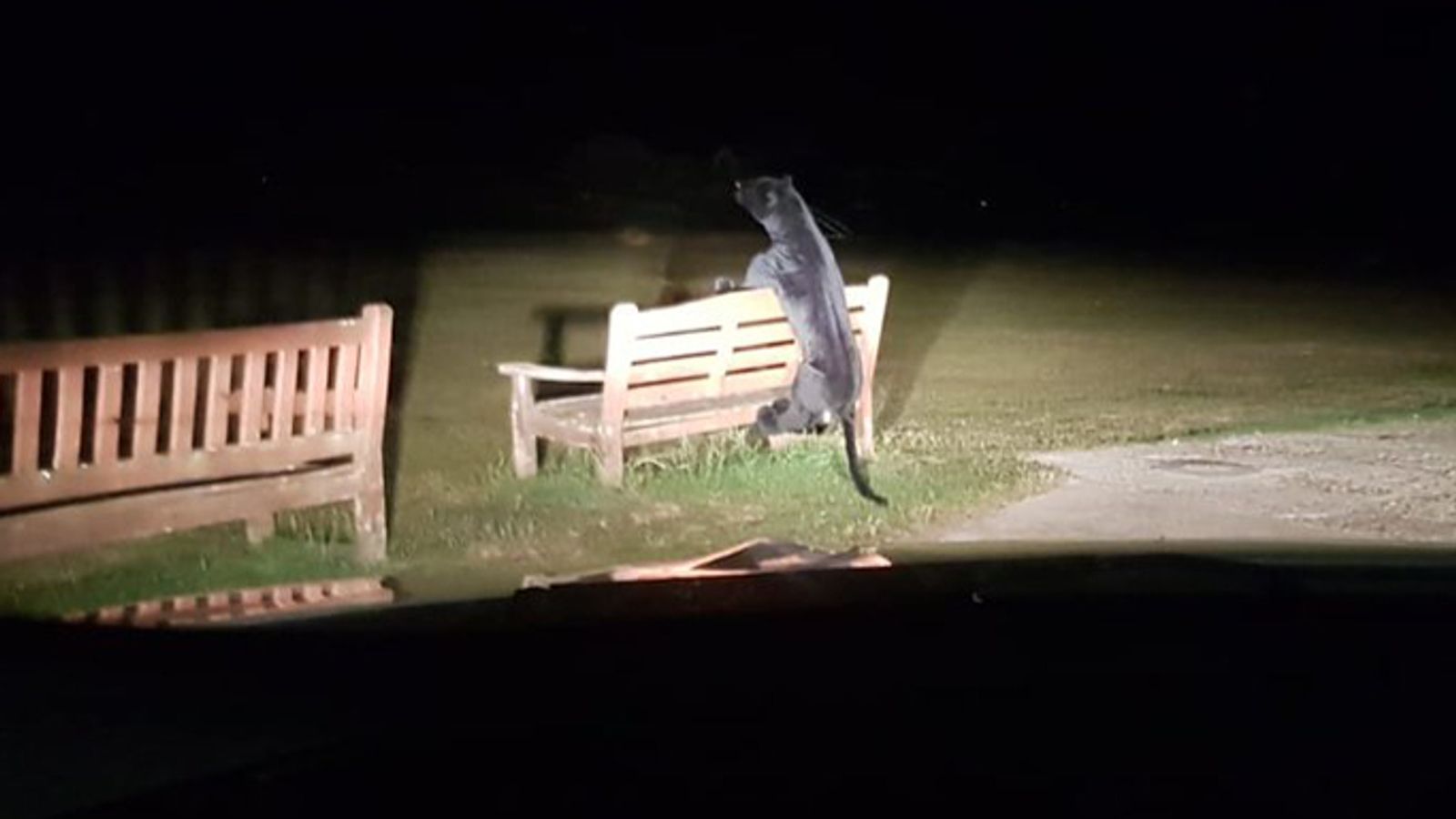 Police investigating reports of a “large apex predator” on the loose in a small town have told locals not to have kittens about it.

At first glance, the beast certainly looked like it might belong in the jungle, rather than near Steyning, West Sussex, where it was spotted.

And as they arrived on the scene, Sussex Police officers were surprised to find that the reports appeared to be true: a black-furred big cat was indeed leaning on the back of a park bench.

But as a picture of the animal – highlighted by the police car’s headlights – shows, the big cat was actually no more real than the Essex lion that people thought they had spotted in 2012.

It was, in fact, just a large stuffed toy.

Posting on Twitter on Friday morning, Horsham Police said: “Reports of a large apex predator in the Steyning area turned out to be true.

“It may be a stuffed toy, but the attending officers didn’t necessarily know that at first.”

Reported “sightings” of big cats in Britain that turn out to be stuffed toys are not uncommon.

Last year, the RSPCA were called out to a report of a tiger being kept in a cramped cage in Exeter, Devon, but it too turned out to be a soft toy.

RSPCA inspector Marije Zwager said at the time: “They were persistent this is what they’d seen and I wasn’t quite sure what to expect, but soon realised that it wasn’t a tiger at all, it was just a soft toy.

“He’s called Tiddles the tiger and shares his home with two male neutered rabbits called Horace and Boris, who have a fantastic home filled with all kinds of enrichment and entertainment to keep them happy and healthy.”