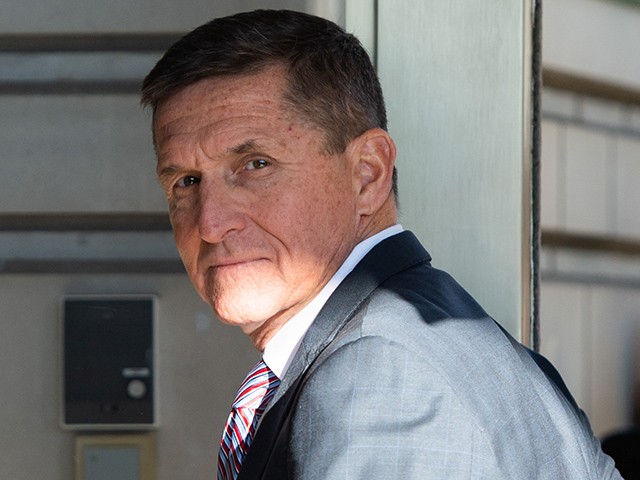 The Kafkaesque trial of former National Security Advisor Michael Flynn continues, as the full U.S. Court of Appeals for the D.C. Circuit agreed to hear Judge Emmet Sullivan’s appeal from a decision by a three-judge panel ending the case.

Last month, in a 2-1 decision, the D.C. Circuit granted Flynn’s request for a writ of mandamus compelling Sullivan to dismiss the case after the Department of Justice filed a motion requesting that the charges against Flynn be withdrawn.

Flynn had pleaded guilty to lying to the FBI in December 2017, after allegedly failing to tell agents about details of his conversations with the Russian ambassador during the presidential transition. But over time, evidence emerged that the investigation against him had been tainted by political bias. Attorney General William Barr asked U.S. Attorney Jeffrey Jensen to review the prosecution, and he found exculpatory evidence of FBI bias had been withheld from Flynn’s defense.

New documents handed over to the defense suggested that the FBI had not actually believed Flynn was guilty, and that his guilty plea had been the result of a plea bargain, made under pressure, whose terms had not been provided to the court.

But Judge Sullivan resisted the withdrawal of the charges, and invited amicus briefs to challenge it. He called on retired Judge John Gleeson, who had already publicly stated that he believed Flynn was the beneficiary of political intervention.

Flynn’s attorney, Sidney Powell, went to the D.C. Circuit to obtain a writ compelling Sullivan to dismiss the case. The Department of Justice also filed a motion arguing for the writ to be granted. Judge Naomi Rao wrote the opinion for the majority, noting that the effort by a judge to continue a prosecution transgressed the constitutional separation of powers, and that this was not the rare kind of case where judicial inquiry was warranted due to suspicion of executive corruption.

Sullivan — cheered by anti-Trump prosecutors and legal analysts — would not let it go, and a majority of the judges of the D.C. Circuit agreed to rehear the case — an extremely unusual circumstance of the judiciary refusing to letting a case end.

The court’s order sets oral arguments August 11, and parties are to address whether there are “no other adequate means to attain the relief,” suggesting that a presidential pardon might be Flynn’s only way out, rather than exoneration at trial.