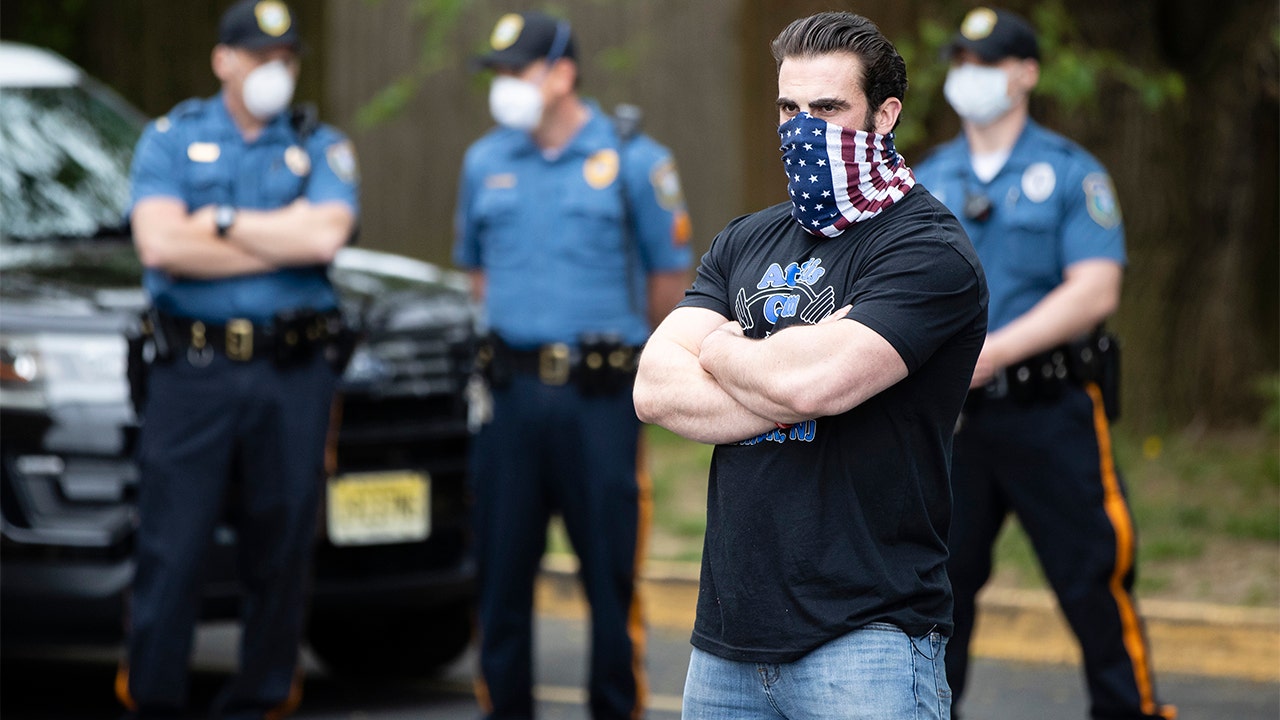 The owners of Atilis gym in New Jersey reopened on Saturday by kicking down the wooden barricades authorities used to block their entrance amid coronavirus restrictions.

Co-owner Ian Smith posted a video of himself and his business partner, Frank Trumbetti, kicking the barriers and entering as a crowd cheers their decision. The dramatic display indicated that the months-long standoff between Gov. Phil Murphy and the gym owners wasn’t finished.

Smith’s caption contained a defiant message for New Jersey Gov. Phil Murphy: “You will not trample one [sic] our rights and you will not destroy our lives. We will not back down. Ever.”

Smith added: “Please share this to show what lengths we have to go to just to make a living for our families.”

The gym owners’ story has become a symbol of American businessowners’ frustration with authorities blocking their livelihoods during the pandemic. Some, like Trumbetti and Smith, have been arrested or fined for attempting to reopen despite shutdowns in their respective jurisdictions.

Smith and Trumbetti were arrested on Monday after they defied a court order allowing authorities to shut down their business. By Friday, Smith had apparently been released as he posted a video of himself announcing his decision to knock down the wooden barriers. New Jersey authorities, he said, erected those barriers after he and others removed the doors from their hinges in order to prevent the state from once again changing the locks.

“Tyrants use force to exercise their will – threat of imprisonment, financial ruin, and more,” Smith wrote on Instagram.

JUDGE NAPOLITANO: NJ GOVERNOR IS A ‘FRAUD,’ MAKING UP HIS OWN LAWS

“And a tyrant is what we have in office. No science, no data, only conclusive statements with no proof. We presented a plan, a sensible one and opened responsibly – and you decided to make it personal, so now here we are. You will not tread on my rights, you will not ruin everything we’ve worked our whole lives for, and you will be held responsible for your trespasses. #lionsnotsheep“

The Attorney General’s office previously said it blocked the reopening “to abate the public health risks.” According to the Courier Post, an agency spokesperson “the state wishes it had not come to this, but the gym refused to comply even with a contempt order.”

Part of their resistance included switching from an LLC to a Private Membership Association (PMA), which they say allows them to sidestep regulations related to the pandemic. They’ve also nicknamed their gym the “Anti-Murphy Autonomous Zone” (A.M.A.Z), playing off the protest zone opened in Seattle this summer. An Instagram post shows people using gym equipment outdoors with a sign that reads: “This is A.M.A.Z. Anti-Murphy Autonomous Zone.”

Smith has vowed to reopen the gym and said his business went above and beyond in taking precautions to ensure the virus didn’t spread. But New Jersey’s Health Department has argued that indoor settings like Smith’s and Trumbetti’s gym posed a unique health risk.

An order from Health Commissioner Judith Persichilli read: “Indoor gyms and fitness centers present particularly high-risk settings for the spread of COVID-19, in part because customers of these facilities engage in physical activities that increase the customers’ respiratory activity, which in turn can increase the amount of respiratory droplets or aerosols in a confined setting.”

Murphy’s office and the Bellmawr Police Department did not immediately respond to Fox News’ requests for comment.