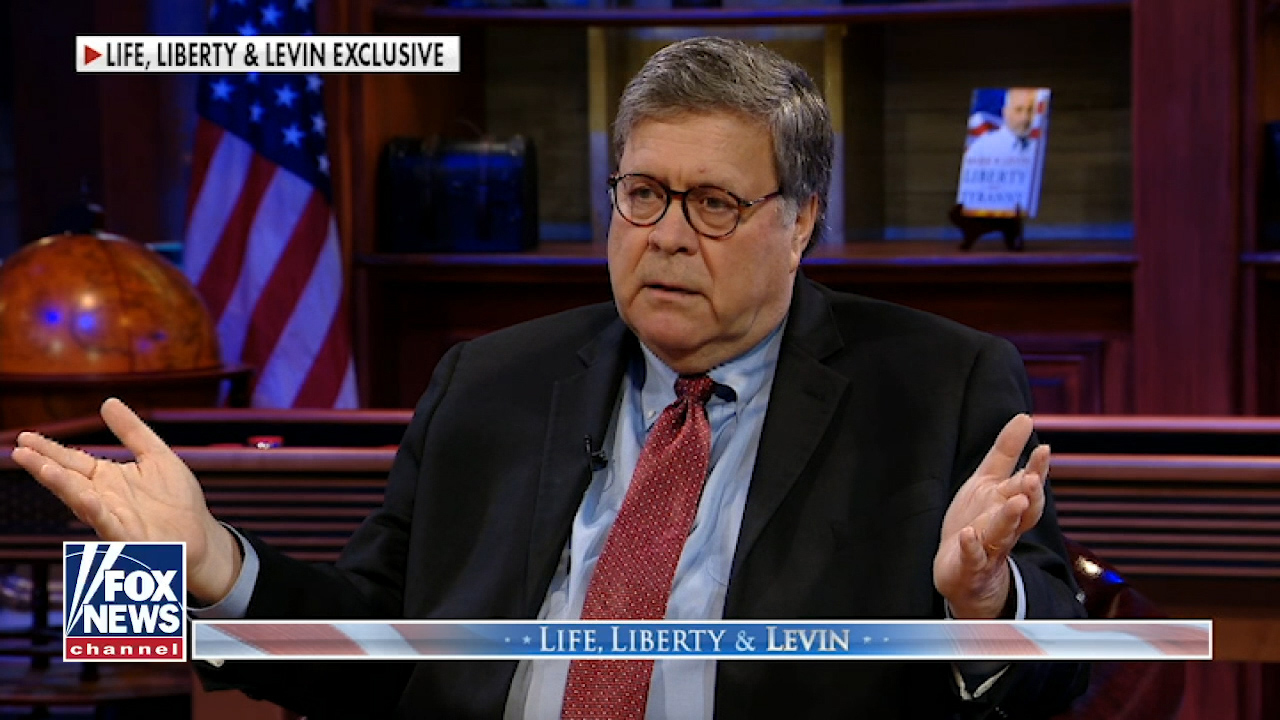 The United States is grappling with a new form of “urban guerrilla warfare” driven by the left’s “lust for power,” Attorney General William Barr told “Life, Liberty & Levin” on Sunday.

Discussing the ongoing Black Lives Matter riots rippling through several U.S. cities, Barr told host Mark Levin that the organization —  which has been characterized by the media as a fed-up activist group —  is comprised of “Bolsheviks” with a focus on on “some form of socialism, communism.”

“They are a revolutionary group that is interested in some form of socialism, communism. They’re essentially Bolsheviks. Their tactics are fascistic,” he said.

Barr compared the nationwide riots to “a new form of urban guerrilla warfare.”

“The way the guerrilla…hides out among the people as a fish in the ocean…what they do is they are essentially shielding themselves or shrouding themselves in First Amendment activity,” he explained. “They go into the demonstrations, which are exercising First Amendment activity, and they insinuate themselves in there to shield themselves. That’s where they swim. And what they do is they hijack these demonstrations and they and they provoke violence.”

The group’s radical leanings are reflective of the Democratic party’s far-left shift in recent years, Barr said. “The left has “pulled away from the umbrella of classical liberal values that have undergirded” America and made a “secular religion” out of seeking “complete political victory,” he argued.

It began the day Trump won in 2016, “and from that point forward, there’s been the resistance,” Barr told Levin.  “They were trying to impeach him from Day One. They have done everything they can..and I think it’s because of the desire for power that the left wants.”

“They want to run people’s lives so they can design utopia for all of us…it’s the lust for power.”

Power has become a “secular religion of the left,”  Barr asserted. “They want to run people’s lives so they can design utopia for all of us…and it’s the lust for power. And they weren’t expecting Trump’s victory. And it outrages them.”

Barr later condemned the media for “projecting a narrative” and selling a “lie” to the American people in their watered-down coverage of the civil unrest.

The media has become “extremely monolithic,” he concluded, “and it’s wedded in many ways to the Democratic Party.”