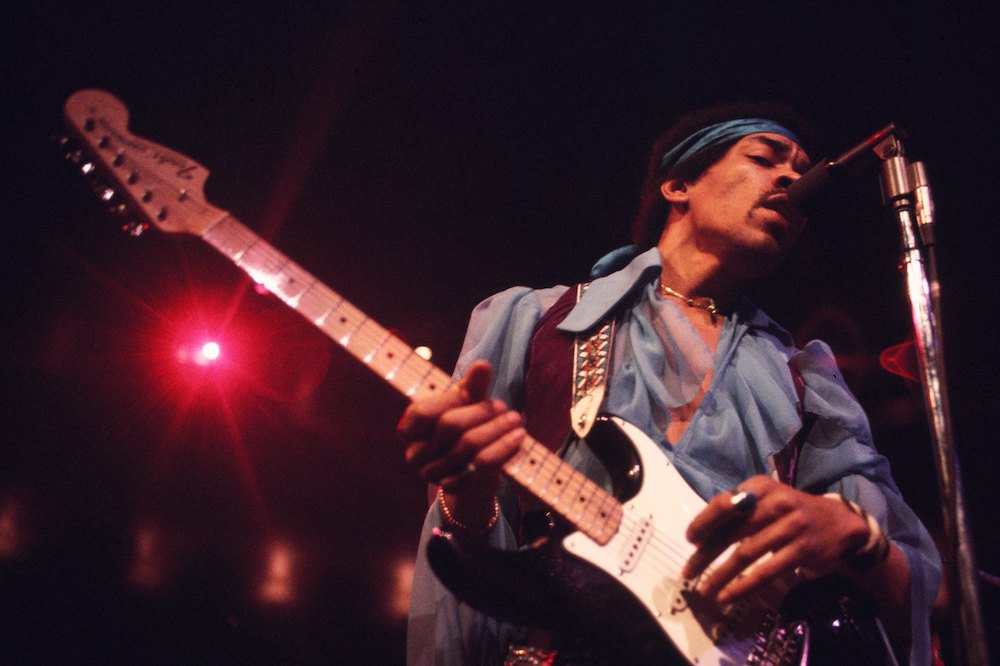 Jimi Hendrix’s Japanese sunburst guitar went for $216,000 at Auction yesterday, selling for more than four times its pre-auction estimate of $50,000. As GWS Auctions points out, this was the ax Hendrix played shortly after being discharged from the U.S. Army in 1962.

“After leaving Fort Campbell Jimi moved to Clarksville, Tennessee for a short time where he played on the Chitlin’ Circuit with the likes of Wilson Pickett, Slim Harpo, Sam Cooke, Ike and Tina Turner and Jackie Wilson before moving to Harlem, New York in early 1964 where he stayed until late 1966 playing venues such as Cafe Wha and the Cheetah Club,” the item description reads.

When Hendrix moved to London in 1966 to start his Experience and subsequently ascend into rockstardom, he left the guitar at his friend Mike Quashie’s New York apartment. Quashie provided a notarized letter of provenance for the instrument prior to his own death.

“This particular guitar sheds light on some of the earliest playing by Jimi Hendrix and is unprecedented as it relates to its historical value. Never before have we acquired a guitar of this magnitude partnered with particularly thorough provenance and value,” Dame Brigette Kruse of GSW Auctions said in a statement. See photos of the guitar here.