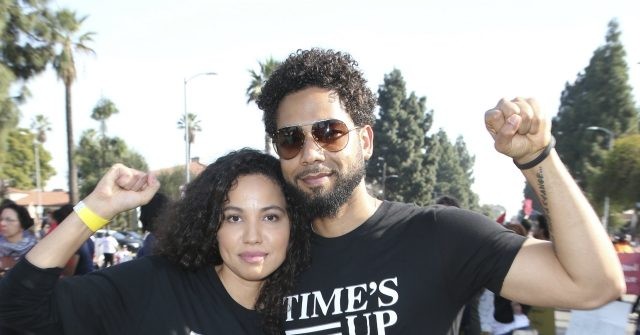 Jussie Smollett’s sister, actress Jurnee Smollett, says that she believes her brother, the former who Empire actor who has fallen under scrutiny and legal trouble for his alleged hate crime hoax.

“It’s been fucking painful,” said Jurnee Smollett to the Hollywood Reporter of her brother being accused of falsely reporting a hate crime. “One of the most painful things my family’s ever experienced,” she added, “to love someone as much as we love my brother, and to watch someone who you love that much go through something like this, that is so public, has been devastating.”

Last January, Jussie Smollett claimed was the victim of a racist and homophobic attack by two men in Chicago who put a rope around his neck, poured bleach on him, and yelled “This is MAGA country!” By February, Nigerian brothers and Empire extras Abimbola and Olabinjo Osundairo were arrested amid allegations that Smollett staged the attack with the two men.

Jurnee Smollett told the Hollywood Reporter that she was “already in a very dark space for a number of reasons,” and that she tried not to let her brother’s scandal make her “pessimistic.”

“But everyone who knows me knows that I love my brother and I believe my brother,” said Jurnee. “We are blessed to have a community of people who know him,” she added, “and know that he wouldn’t do this.”

The city of Chicago filed a civil lawsuit against Jussie Smollett for refusing to repay roughly $130,000 that the Chicago Police Department spent on investigating the now alleged hate crime hoax. Chicago police alleged that Smollett had staged the attack in an attempt to gain public sympathy to benefit his career.

Smollett was also arrested and indicted by a grand jury in Chicago on 16 counts of felony disorderly conduct in connection to filing a false report about an alleged hate crime against himself. The charges were later abruptly dropped in a move that sparked widespread outrage.