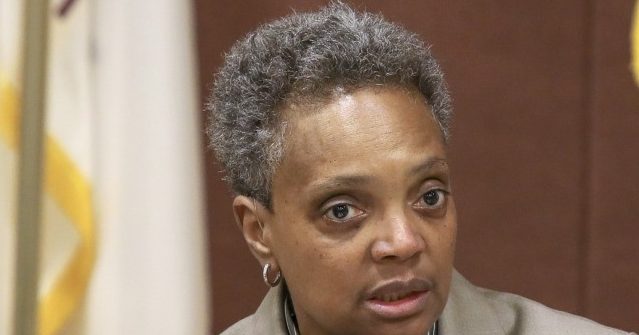 At least 35 people were shot, four fatally, over the weekend in Mayor Lori Lightfoot’s (D) Chicago.

On Sunday night ABC 7 reported 34 people had been shot, three fatally. The Chicago Sun-Times indicates those numbers had increased to show at least 35 shot, four fatally, by the time late Sunday and early Monday morning passed.

There were two fatalities on Saturday and a 31-year-old man was killed Sunday morning just before 3 a.m. while sitting “on a porch in the 6700 block of South Maplewood Avenue.”

The Sun-Times reports the fourth fatality of the weekend occurred Monday morning around 3 a.m., when a “22-year-old man was shot in the chest…in the 7700 block of South Ingleside Avenue.” He was transported to a hospital and pronounced dead.

ABC 7 reports that at least of those wounded over the weekend were between 14 and 17 years old.

Breitbart News reported 34 people were shot, nine fatally, last weekend in Mayor Lightfoot’s Chicago, and 59 were shot, three fatally, the weekend before that.