Pregnant Meghan McCain isn’t ready to share photos of her baby bump or details about her pregnancy quite yet.

“The View” co-host opened up about her decision to stay private about her journey in a candid post on her Instagram Story over the weekend.

“I’m sorry I’m still not sharing pics of my baby bump — there are a lot of cruel things written about me in the press on an almost constant/daily basis,” McCain, 35, began.

MEGHAN MCCAIN CALLS OUT ‘THE VIEW’ FOR SLIGHTING REPUBLICANS IN OPENING

She continued: “Normally I just let it go because it comes with the territory of being an outspoken conservative woman on TV — but I’ve felt intensely protective and private over this time in my life and the privacy of my child.

“I hope all the wonderful people who are so supportive and kind understand!” McCain concluded.

“The View” co-host later shared a small detail about her life with her husband, Ben Domenech, as they prepare for the arrival of their baby.

“The nesting phase of pregnancy is NO joke,” McCain wrote. “Pray for my husband and the amount of boxes he’s had to open in the past few weeks”

McCain announced via social media in March that she was expecting a child.

In May, she first explained that she wasn’t going to show pictures or share details about her pregnancy because of the gruesome comments she’s received about her late father, U.S. Sen. John McCain. 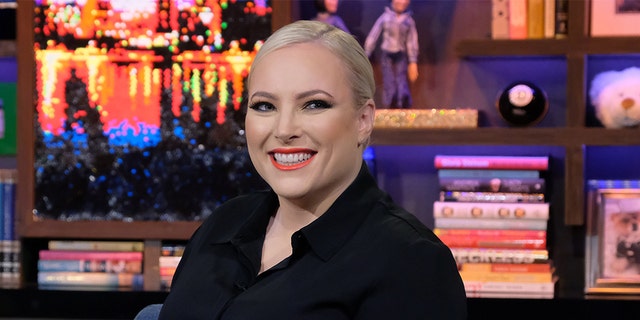 “Given that people write on photos I put up of my family they are glad my Dad got cancer and he’s in hell, I thought I would leave my unborn child out of the social media cess pool as much as is possible,” she wrote.

She added: “A bunch of inhumane jacka–es have really ruined so much for so many on social media and I learned a lot of hard lessons about cruelty that comes with being open and vulnerable about my personal life during my Dad’s cancer fight. It is a shame.”

McCain also said she believes children have “a right to privacy” and that she plans to guard that as much as possible.

Last year, she published a New York Times op-ed revealing she previously had a miscarriage.