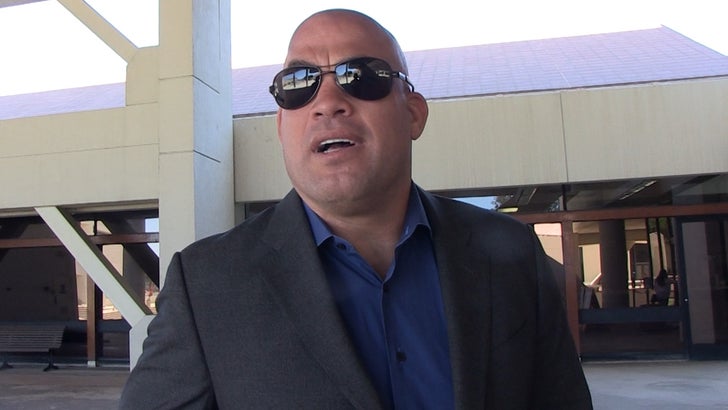 Tito Ortiz says he already has some powerful support as he embarks on a political career — with the Trump family standing firmly behind him.

As we previously reported, the UFC Hall of Famer is running for City Council in Huntington Beach, CA — but tells TMZ Sport, he ultimately wants to become the mayor.

Earlier this week, we spotted Ortiz as he was submitted paperwork for the Nov. 3rd election … and man, he is EXCITED.

45-year-old Tito says he was inspired to run for office after working with law enforcement to protect the community during the George Floyd protests back in May.

Ortiz says he ultimately realized becoming an officer was too dangerous at this point in his life — and political career seemed like a better option.

“My community has given so much to me throughout my career, now its time for me to give back to my community. I’m ready for city council!”

Ortiz — who’s been tight with the Trump family for decades — says Donald Trump Jr. already reached out to show love.

“Donald Trump Jr. reached out to me and said, ‘I heard you’re running at Huntington Beach, go get ’em champ!’ I’m very thankful for that.”

Ortiz also says he would love to get on the phone with POTUS to get some advice, but understands Donald is a little busy these days.

In the meantime, Ortiz says he’s been brushing up on civics lessons in hopes of hitting the ground running if he gets elected.

Tito says his campaign will focus on making the city safe again — noting it was once considered the “Safest City In America.”

He also wants to put focus on growing the local economy and protecting the environment.

Ortiz says he won’t be bought off by big corporations — telling TMZ Sports, “I’m not here for the money, I’m here to make a difference for my community.”