Britain’s first roundabout that gives priority to cyclists has been forced to close just days after its launch.

A car hit an unfinished beacon on the controversial £2.3million system and left workmen with no choice but to shut it for three nights to examine the damage.

It is feared the impact may have caused underground structural problems to the pole.

The Dutch-style roundabout in Cambridge gives right of way to cyclists who go around it on an outer ring, although they need to check that cars stop.

Zebra crossings on each approaching road also mean that vehicles have to give way to pedestrians. 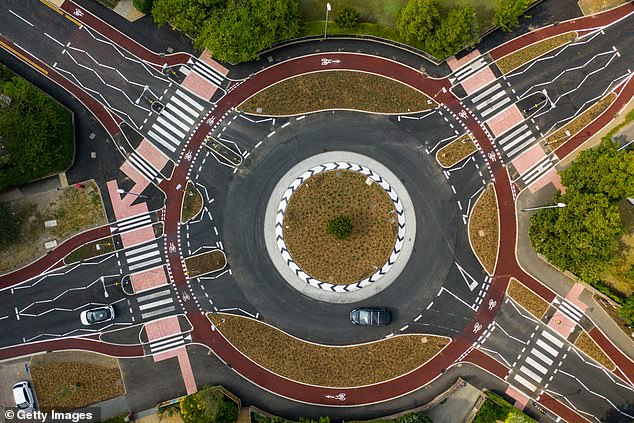 A car hit an unfinished beacon on the controversial £2.3million system in Cambridge (pictured) and left workmen with no choice but to shut it for three nights

Some critics fear it could become an accident blackspot as it is the only roundabout of its type and they question whether drivers will know that cyclists have right of way.

But locals said the incident had nothing to do with the new system, which opened ten days ago.

The motorist drove off despite damage to their vehicle.

The Fendon Road roundabout has been dogged by controversy, with delays to completion and costs spiralling from £800,000 to £2.3million.

Sam Davies, 51, of neighbourhood organisation Queen Edith’s Community Forum, told The Times that the crash was unfortunate but was not due to the new design. 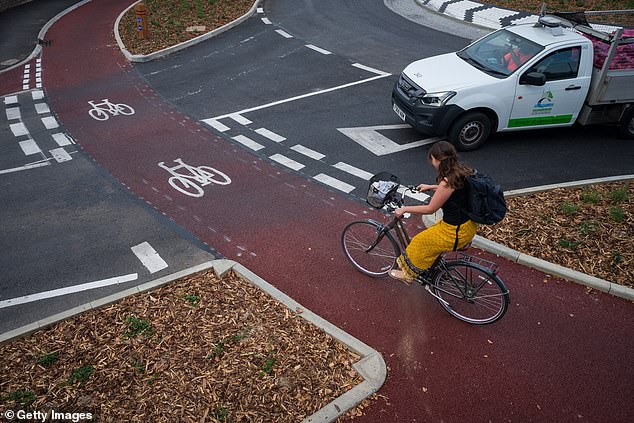 The Dutch-style roundabout (above) gives right of way to cyclists who go around it on an outer ring, although they need to check that cars stop 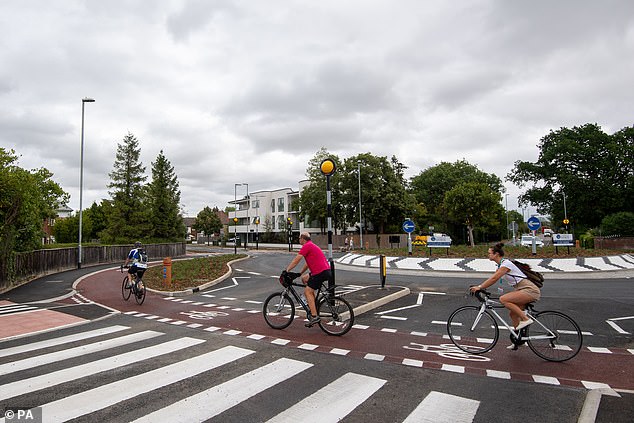 ‘I am not a great fan of the roundabout but I would struggle to pin this closure on the county council.

‘Now during the hottest week of the year, when everyone has got their windows open, we will have more disturbed nights.’

A Cambridgeshire County Council spokesman said the roundabout will be closed overnight until tomorrow.