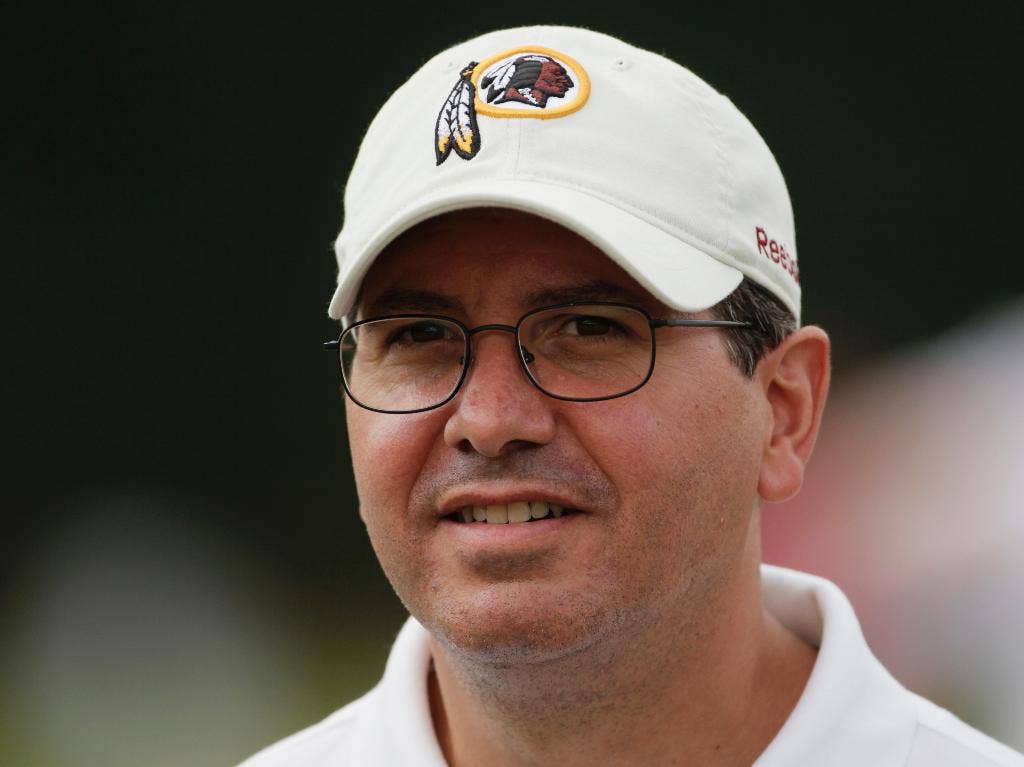 Washington Football Team owner Dan Snyder accused a former executive assistant with the organization of taking bribes and giving inside information to a website for negative stories.

Snyder named Mary Ellen Blair in court documents filed Monday, TMZ Sports reported. The NFL owner reportedly claimed Blair contacted a team employee in May, and then again in July, to warn about a Washington Post story coming out about Snyder. She reportedly told the employee that Snyder did “dirty and illegal” things.

According to TMZ Sports, Blair told an employee they could “probably make a lot of money” for dirt on Snyder but the employee didn’t bite. Snyder reportedly wants a judge to allow him to look into Blair’s contacts and finances, claiming that she’s sporting a wealthier lifestyle despite being in “dire financial straits.”

The woman was demoted and fired in 2017.

Snyder also filed a $10 million lawsuit against the parent company of an Indian media outlet that published false stories accusing him of being involved in sex trafficking tied to Jeffrey Epstein just prior to the Washington Post’s bombshell report that detailed allegations of sexual harassment within the organization, the gossip website reported last week.

Court documents obtained by TMZ Sports showed that Snyder filed paperwork with the federal court Friday morning seeking information on New Content Media, the company that operates meaww.com — the website where the stories were published.

According to the documents, an article teasing the heavily anticipated Washington Post report back in July hinted that it was about Snyder’s alleged ties to sex trafficking linked to Epstein.

One of the sources for the article was an anonymous Reddit post which stated “[Snyder] is getting [arrested] for sex trafficking. He was on [Jeffrey] Epstein’s list too.” The site also reportedly published a theory that Snyder might rename the team “the ‘Epsteins.'”

Snyder called the allegations “utterly untrue” with no “legitimate journalistic basis whatsoever” and while the website took down the stories, he claims the damage to his name has already been done, TMZ Sports reported.