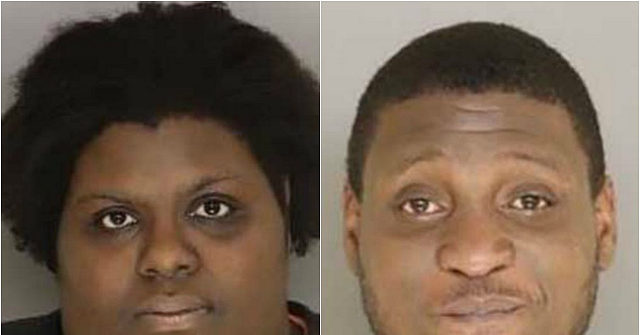 A mayoral candidate in Sumter, South Carolina, faces criminal charges for allegedly faking her own kidnapping and beating to garner publicity, sympathy, and votes.

“Sabrina Belcher, 29, carried out the stunt on Facebook Live, police say, with help from 34-year-old Christopher Eaddy,” according to WIS News.

Belcher, who is reportedly a Democrat, told police Tuesday night that she was assaulted and kidnapped by an unknown man and also claimed he tried to rob her:

She said she was injured and the man broke out her car windows during the attack. Crews took Belcher to the hospital to be treated and she was released. Later, investigators discovered she was in contact with her alleged attacker, Eaddy, and had planned it with him days ahead of time.

Police say she admitted to faking the crime. Police also accused Belcher of trying to smear a political opponent during the fake Facebook Live attack, and planning to smear other candidates ahead of the election.

The footage is graphic:

In the video, Belcher appeared to struggle with a man who told her to get into the car.

Moments later, the man appeared to use a baseball bat to frighten her, then the sound of breaking glass was heard as she screamed.

Following their arrests on Wednesday, police charged Belcher with filing a false police report of a felony and conspiracy and Eaddy was charged with conspiracy, according to the Sumter Police Department’s Facebook page.

Both were booked into the Sumter County Sheriff’s Office Detention Center, and Belcher was held on a $10,000 bond.

Eaddy was held on a $5,000 bond but has since been released, the WIS News report stated.

“This was simply an effort to create disorder and discontent in our community for personal gain,” said Chief Russell Roark.

“As a result, a valuable number of resources, including personnel, manhours of the police department as well as local medical professionals, were wasted based on false information,” he concluded.