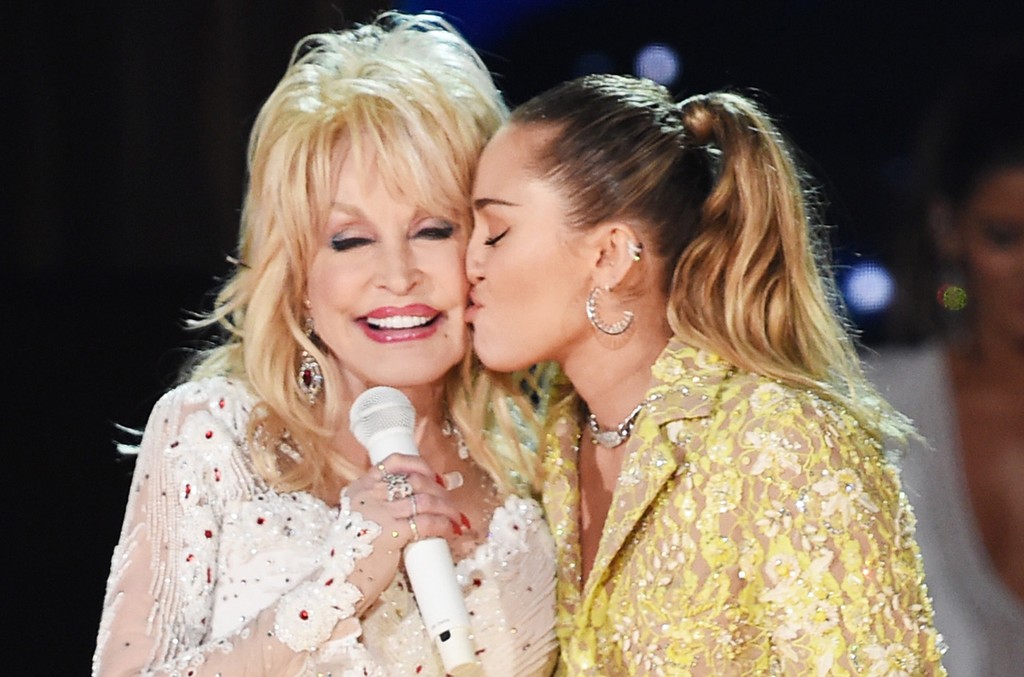 Check out Selena, Katy, Demi and Anitta as Miley.

Miley Cyrus is a boss. She knows it, you know it. But even she couldn’t deny that swapping in her godmother Dolly Parton‘s face into her “Midnight Sky” video using the Reface App. “When your godmother @dollyparton looks better in your own video than yo do,” Miley wrote in a sweet tweet in which the 74-year-old country icon was reborn in a black Chanel catsuit.

And once she went down that rabbit hole, Miley, 27, just couldn’t stop. She spent most of Wednesday (Aug. 26) reposting more than a dozen amazing Reface versions of the video, featuring men and women — including fan-made edits with Katy Perry, Demi Lovato, Joan Jett, Blackpink, Anitta and Selena Gomez — taking on her latest banger, with the results ranging from amazing to kind of frightening.

Check out the Refacing of “Midnight Sky” below.