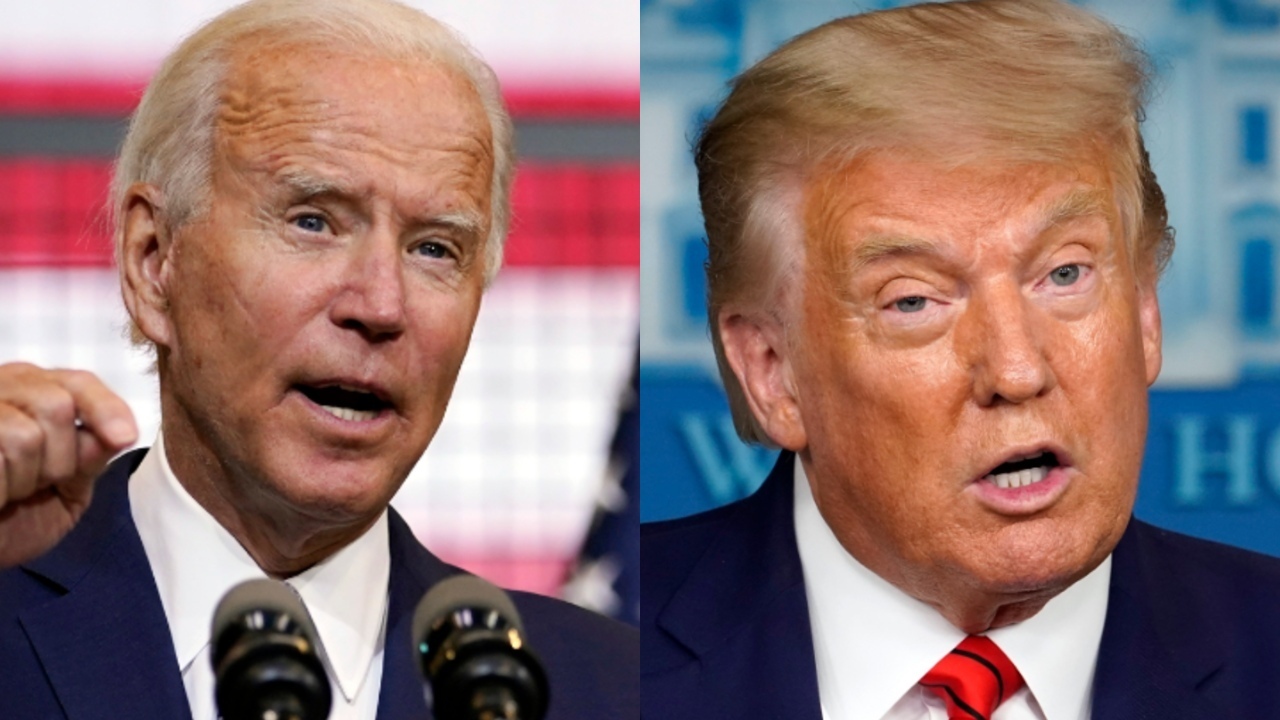 Like Punxsutawney Phil emerging from underground on Groundhog Day, Hidin’ Joe Biden has finally emerged from his basement bunker and actually taken a few questions from reporters.

But the questions have been softballs from adoring journalists, as if they were teed-up from a loving parent trying to make sure a child won’t miss.

In sharp contrast, President Trump is the most accessible president in history, regular facing off against hostile reporters who don’t even bother to pretend they’re neutral as they attack him and try to hit him as hard as they can. The president gives back as good as he gets as he sets the record straight on all he is doing for the American people.

Trump — who is truly the people’s president — answers the media’s questions exactly how you’d expect a political outsider to answer. He says what’s on is mind. What he says is not poll-tested and doesn’t come from the talking points of professional staff. That’s a refreshing change that the American people appreciate.

For months, Democratic presidential nominee Biden’s team has employed a basement strategy, using the COVID-19 pandemic that originated in China as a cover story for keeping their candidate away from questions and cameras and off the campaign trail.

For a time, survey data — for what it’s worth — showed Biden leading President Trump in some polls. That gave the Biden brain trust the false impression that the American people would sweep their candidate into the White House without ever leaving his home in Delaware.

But as Election Day drew closer and the American people started to focus on the candidates and their policy positions, more and more voters began noticing that something was missing from the equation: former Vice President Biden.

This was so blatantly obvious that even Biden and his team noticed it. The American people don’t just hand the presidency to anyone. You have to earn it. So the Hidin’ Biden strategy had to come to a forced end.

When Biden announced Sen. Kamala Harris, D-Calif., as his running mate Aug. 11, many expected that moment to mark the beginning of some semblance of real — but safe — campaigning.

Instead, the Biden-Harris ticket went back into hiding. Then the Democratic National Convention came and went and still the Biden team stayed in their “prevent defense” strategy.

Recently, House Speaker Nancy Pelosi, D-Calif., floated a trial balloon questioning whether Biden should even face off against President Trump in televised debates. Refusing to debate would be such a stunning retreat — and an admission of fear and incompetence — that Biden was forced to say he would go ahead with three scheduled debates with the president.

But Biden hasn’t gone far enough. President Trump wants more debates, and rightly so. Due to the lack of traditional campaigning because of coronavirus restrictions, the American people should get to see more rather than less safe interaction between the candidates.

At the very least, the four debates (three presidential and one vice presidential) that are currently on the books should all be moved up on the calendar to take increased early voting into account.

As it now stands, early voting begins in 16 states before the first presidential debate Sept. 29. It’s incumbent on the candidates, political parties, and the presidential debate commission to give the American people the opportunity to make the most informed decision possible. What’s the use in debating after millions of people have already voted?

This is an awkward moment for Joe Biden and Kamala Harris. The American people are being told this is the most important election of their lifetimes, but only one ticket — President Trump and Vice President Mike Pence — is working hard to earn their votes.

Biden’s recent condemnation of rioting, looting and other violence in U.S. cities after months of silence rings hollow and is completely disingenuous.

While Biden has emerged from his basement, it seems clear that he’s going to limit his campaigning to carefully controlled settings and get out as infrequently as possible — just enough so he can’t be accused of refusing to campaign or take questions from reporters altogether.

American citizens are right to be suspicious. It looks like the Biden-Harris team’s central message is “just trust us.” This disastrous approach will never cut the mustard with voters. Only a party controlled by out-of-touch D.C. swamp creatures would try to pull this dishonest caper off, COVID-19 crisis or not.

With chaos, destruction, and violence in our streets — and a pandemic impacting the lives of every American family — people want real solutions and real leadership. The Biden-Harris “take our word for it” campaign slogan is an insult to tens of millions of Americans struggling to make ends meet.

President Trump and Vice President Pence are more than happy to make their case for reelection around the country and rightly so. They have an impressive record of promises made and promises kept. President Trump created the most vibrant economy in American history and knows that his pro-growth policies will do it again.

Biden, on the other hand, wants to enact massive tax increases and impose an endless stream of job-killing regulations.

President Trump supports our police and law and order in our communities “100 percent.”  Biden has shown contempt for our police and a troubling indifference to lawlessness.

Biden’s recent condemnation of rioting, looting and other violence in U.S. cities after months of silence rings hollow and is completely disingenuous. It’s too little and too late, and comes only after polls showed Biden’s weak stand on law and order was costing him support.

President Trump has risen to the occasion in combating the coronavirus crisis by leading a massive mobilization of people and resources not seen since World War II. He created Operation Warp Speed to develop a COVID-19 vaccine in record time, and the effort is well on its way to a successful outcome.

It’s been over six months since the China virus arrived in America and Biden’s only ideas are a big-government national mask mandate and shutting down our economy again if he deems it so. Thanks a lot, Joe.

We are heading into a monumental election with enormous consequences. The future of America is literally at stake. President Trump is describing exactly what’s on the line for us “in bold colors, no pale pastels,” as President Ronald Reagan once said.

The American people are finding out the real reason that Joe Biden and Kamala Harris want to get out as little as possible. Their platform is a disaster for the American people and the more they talk about it, the less popular it becomes.

If the Democrats think otherwise, the Biden-Harris team should hit the campaign trail full-time, agree to more debates, and agree to interviews with reporters who will ask hard-hitting questions like the ones President Trump faces almost every day.