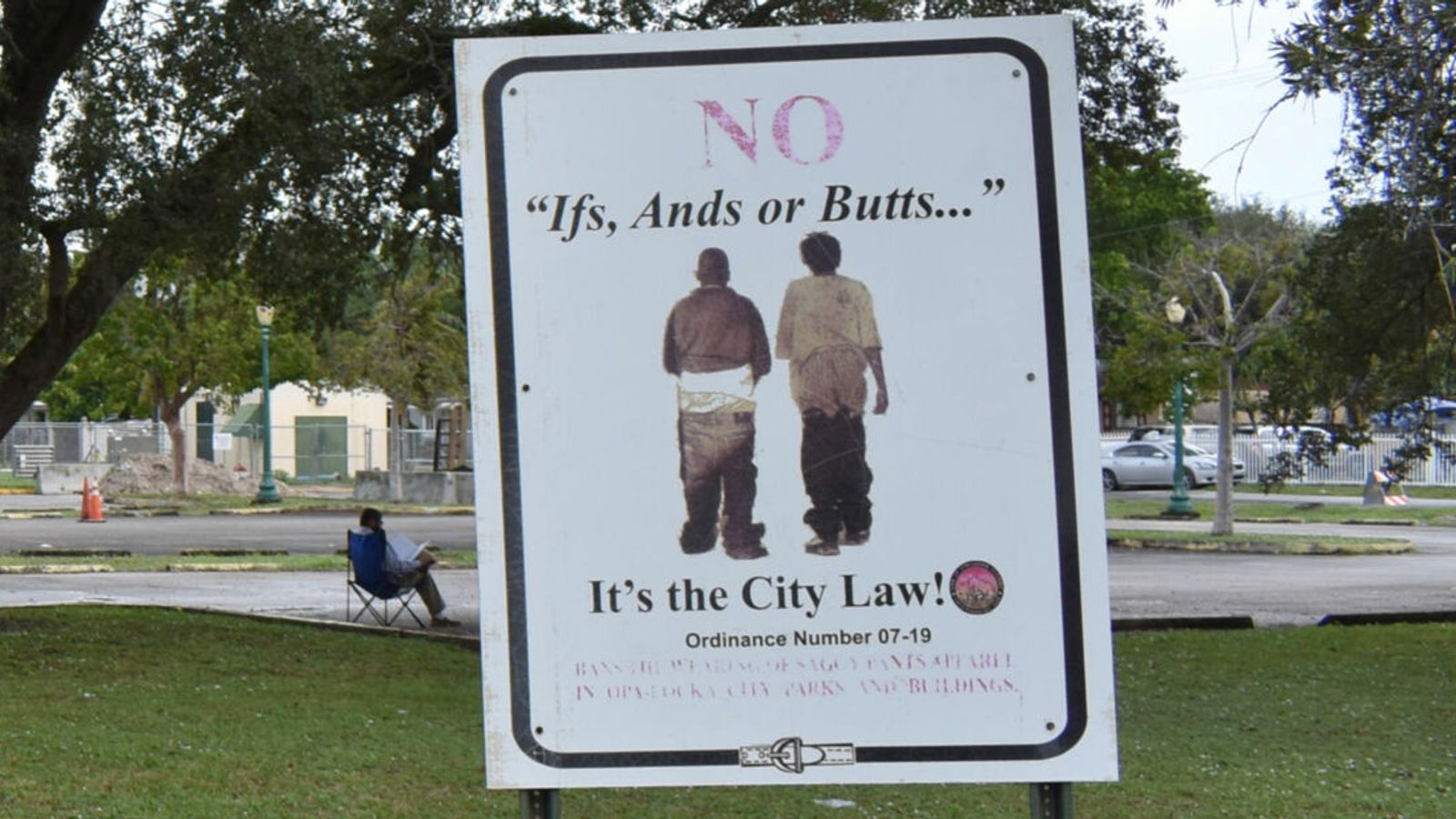 A ban on “saggy pants” that reveal a person’s underwear is set to be lifted in a South Florida city – 13 years after it was put in place.

The city commission in Opa-locka, northeast of Miami, has voted 4 to 1 to repeal both the original 2007 legislation and a 2013 ordinance that said men and women could receive civil citations if they breached the ban.

Signs are in place around the city to warn people not to get caught with their pants down.

One shows an image of two young men wearing pants below their waists and features the words: “No ifs, ands or butts… it’s the city law!”

Wednesday’s vote was a first reading of the repeal, meaning it will need to be approved again at a subsequent commission meeting before it’s official, the Miami Herald reports.

However, the item was co-sponsored by four of the five commissioners.

Vice Mayor Chris Davis, who sponsored the repeal, told the Miami Herald: “I was never in support of it, even as a resident.”

“I felt it disproportionately affected a certain segment of our population, which is young, African-American men.”

The American Civil Liberties Union (ACLU) called the ban a “ridiculous waste of public resources”, saying it would it would “impose overly harsh penalties for victimless behaviour” and disproportionately affect black young people.