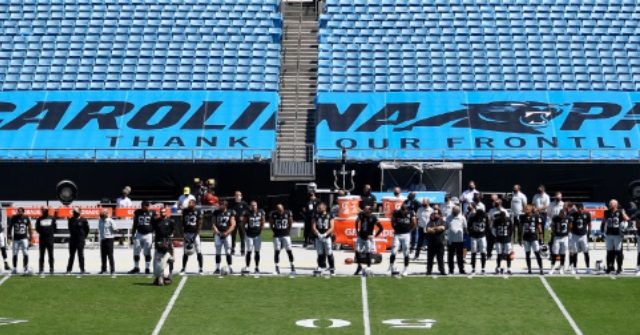 The Raiders began their new era as the Las Vegas Raiders, by standing for the national anthem. The same cannot be said for their opponents.

While the Las Vegas Raiders stood for our nation’s song, eight members of the Carolina Panthers knelt for the national anthem and nine others raised their fists.

The large number of protests are not unexpected. In fact, it was speculated in some circles that all teams would kneel, or would have significant numbers of players kneeling, on the NFL’s opening Sunday. The Panthers were, for a while, the home of Eric Reid, Colin Kaepernick’s original protest partner.

The NFL’s ratings took an enormous hit during their opening game on Thursday night. The numbers were down over 16% from last year, and were the lowest opening night numbers the league has seen in 10 years.