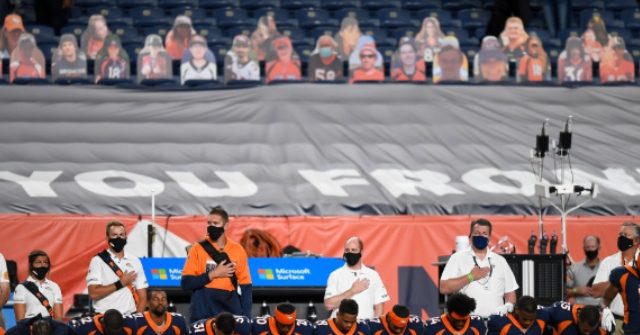 Over 30 players from the Denver Broncos and Tennessee Titans, knelt in protest during the playing of the national anthem prior to their Monday Night Football tilt.

18 Denver Broncos and 13 Tennessee Titans took a knee and/or raised fists in protest.

The Broncos released a statement defending their players right to protest for “positive change.”

Together with the players, we will continue to listen, grow and work to inspire change.

To learn more about the actionable steps we are taking together as a team, please visit » https://t.co/FqZAKKHLgD pic.twitter.com/yWidKJBXKJ

Both teams stood for the playing of the “black national anthem.”