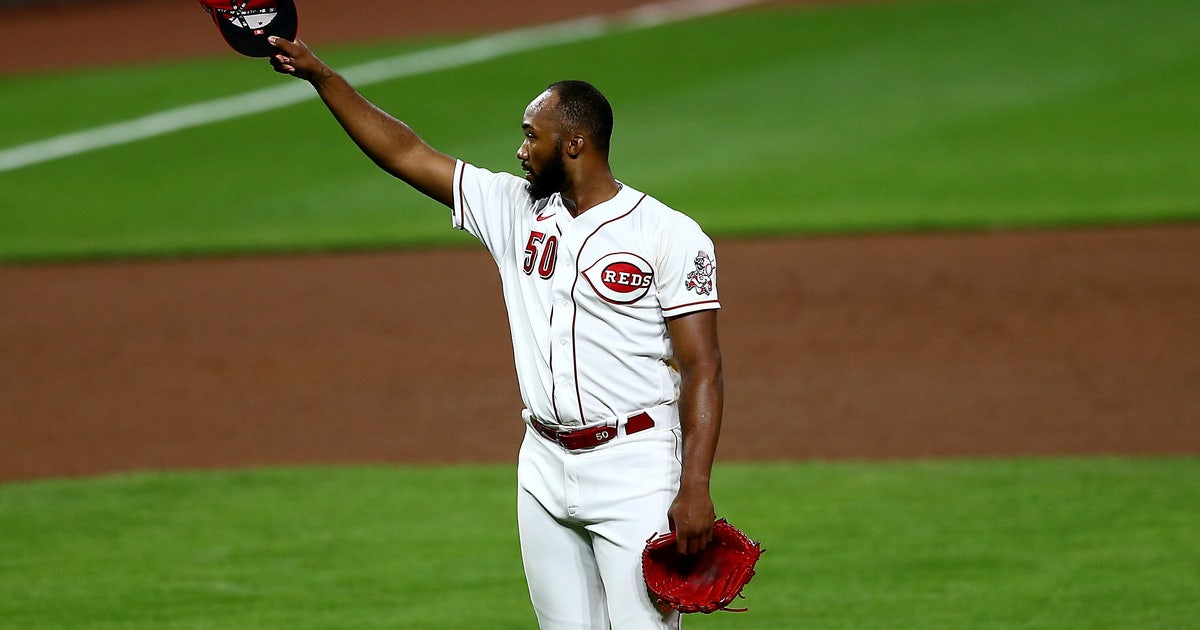 CINCINNATI (AP) — Tucker Barnhart hit a home run and Brian Goodwin prevented one with a leaping catch as the Cincinnati Reds extended their winning streak to a season-high four games with a 4-1 victory Tuesday night over the Pittsburgh Pirates.

Michael Lorenzen (2-1) looked sharp in a spot start, helping Cincinnati inch closer to a playoff spot. The third-place Reds went into the game higher than fourth in the NL Central for the first time since they were tied with Milwaukee for third on Aug. 23. They were 1 1/2 games behind second-place St. Louis and ninth in the overall National League standings, one game behind the Giants for the final postseason berth.

San Francisco’s game at Seattle was postponed because of poor air quality.

The top two teams in each division and the two teams with the next-best records qualify for the playoffs.

Lorenzen, primarily a reliever since starting 21 games in 2015, made his first 2020 start as the Reds try to bolster a rotation hampered by injuries to Sonny Gray and Wade Miley. The right-hander allowed one run and four hits in five innings with no walks and six strikeouts.

Kudos from @Lorenzen55 to the @Reds‘ offense for giving him some early wiggle room.

At 76 pitches, he was ready and willing to go another few innings.#TakeTheCentral pic.twitter.com/fRU4yGleHG

Pittsburgh’s only run came in the fourth on Ke’Bryan Hayes’ double and Colin Moran’s single.

Tejay Antone and Lucas Sims combined for three innings of shutout relief before Amir Garrett pitched the ninth for his first save, getting help from Goodwin’s grab that robbed Moran of a leadoff homer to center field.

The Reds took a 3-0 lead in the first while Joe Musgrove was throwing 28 pitches. Shogo Akiyama and Nick Castellanos opened the inning with singles and Joey Votto walked. Jesse Winker forced Votto at the plate with a chopper to Musgrove, but the right-hander hit Mike Moustakas on the left foot with a pitch to force in a run.

Barnhart led off the second with his fourth homer, a no-doubter to right field. None of the Pirates players even turned to watch.

Musgrove (0-5) settled down after Barnhart’s homer, finishing five innings. He gave up six hits, four runs and one walk. He retired 11 of the last 12 batters he faced.

Reds: RHP Luis Castillo (2-5) has won his last two starts, including a two-hitter at St. Louis on Friday.