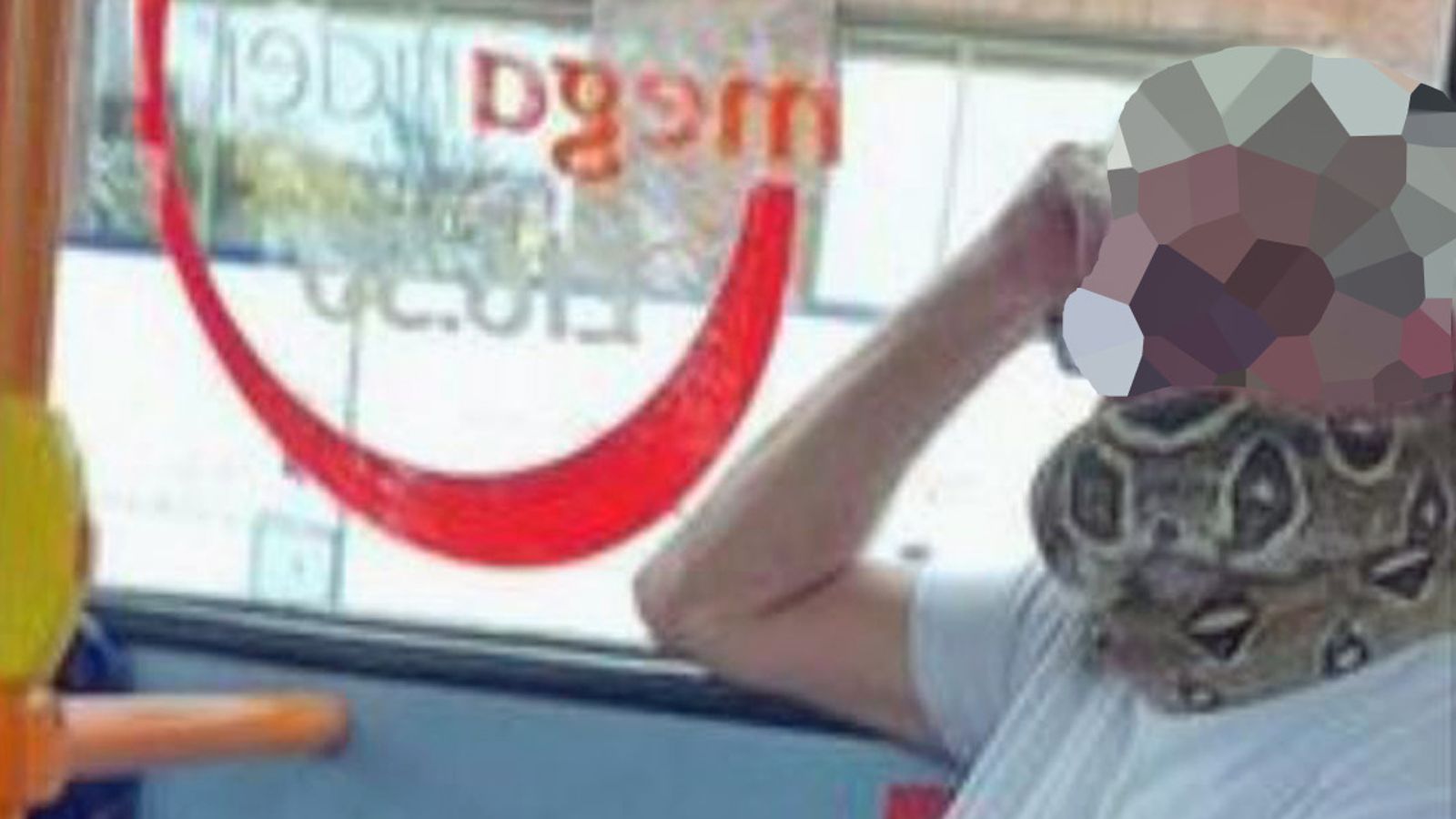 A passenger who was spotted wearing a snake as a mask while travelling on a bus has been warned it is not a legitimate face covering.

The man was seen with a light brown serpent with diamond-shaped markings on its skin wrapped around his mouth and neck on a bus from Swinton to Manchester on Monday.

One passenger, who asked not to be named, said at first she thought the man was wearing a “funky mask” before she spotted the creature slithering over the hand rails.

The reptile did not seem to be bothering anyone else, she said, adding that she found the incident “really funny”.

She said: “No one batted an eyelid.”

It is not known if he was challenged by the driver over his choice of covering.

Pictures showed the man was not wearing a mask under the snake.

It is mandatory for all passengers to use a face covering on public transport during the coronavirus pandemic, unless they are exempt for reasons of age, health or disability.

A Transport for Greater Manchester spokesperson said: “Government guidance clearly states that this needn’t be a surgical mask, and that passengers can make their own or wear something suitable, such as a scarf or bandana.

“While there is a small degree of interpretation that can be applied to this, we do not believe it extends to the use of snakeskin – especially when still attached to the snake.”

The species of the snake is not known, but if it is a venomous breed, its bite could destroy blood cells, cause blood clots, or excessive bleeding and destroy tissue.

If a bite is not treated immediately they can be fatal within 30 minutes, depending on the toxicity level of the venom and the type of snake.