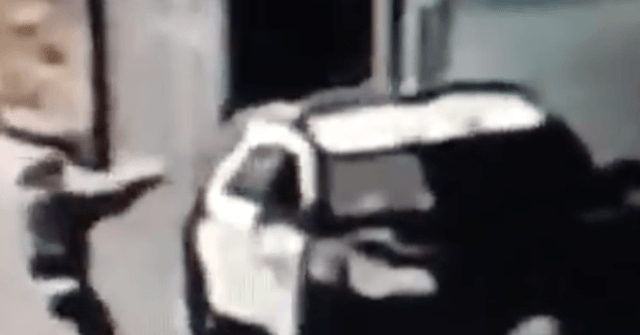 Kevin Wharton Price, one of the Black Lives Matter supporters who protested at the entrance to the hospital where two L.A. County Sheriff’s Department (LASD) deputies were rushed Saturday, said he has no regrets.

On Saturday evening, Price was seen outside the local hospital where the two LASD deputies had been rushed after being shot in the face and head, respectively, when they were ambushed by a man who shot them as they sat in their patrol car.

In a Facebook video posted Monday, Price defended his actions, noting that his group was “associated” with Black Lives Matter but was separate from it. “our own political agenda.”

He mocked the idea of being upset that “two slave-catchers from Compton got popped.”

He disputed reports that Black Lives Matter protesters were trying to block the entrance to the hospital, or to force their way into the hospital.

To the protesters blocking the entrance & exit of the HOSPITAL EMERGENCY ROOM yelling “We hope they die” referring to 2 LA Sheriff’s ambushed today in #Compton: DO NOT BLOCK EMERGENCY ENTRIES & EXITS TO THE HOSPITAL. People’s lives are at stake when ambulances can’t get through.

He said that his group was there to deliver a message to “gang-banging sheriffs,” and that they would “shed no tears.”

“And when you die, and your blood spills on the street, we’re going to celebrate.”

Price is a local community activist and ex-convict who was mentioned in a May 2018 story by the Los Angeles Times about African American activists who wanted to change the name of the Leimert Park neighborhood to “Africa Town.”

In an article titled “There’s Koreatown. There’s Little Tokyo. So why can’t Leimert Park be Africa Town? Or Wakanda?”, the Times reported:

“Everybody knows our origins come from Africa,” said Kevin Wharton Price, a leader of the Africa Town Coalition, which is seeking to establish an autonomous community called Africa Town to celebrate black people’s connection to the continent. “And Africa speaks specifically to our experience.”

Price, the activist with Africa Town Coalition, has a national plan to establish Africa Towns in every major metropolis.

Fox News’ Tucker Carlson noted Price’s activism in the community, as well as mention by the Times, in his Sep. 14 show. He cited the Times reporting that Price’s Africa Town coalition had met with representatives of L.A. Mayor Eric Garcetti’s office.

Carlson also played a clip from Price’s livestream Sunday, when he expressed his glee at the shootings, saying that people should “celebrate today because the oppressor has been slain.”

Both LASD deputies are expected to survive and are recovering. One is a 24-year-old man; the other is a 31-year-old mother with a six-year-old daughter.