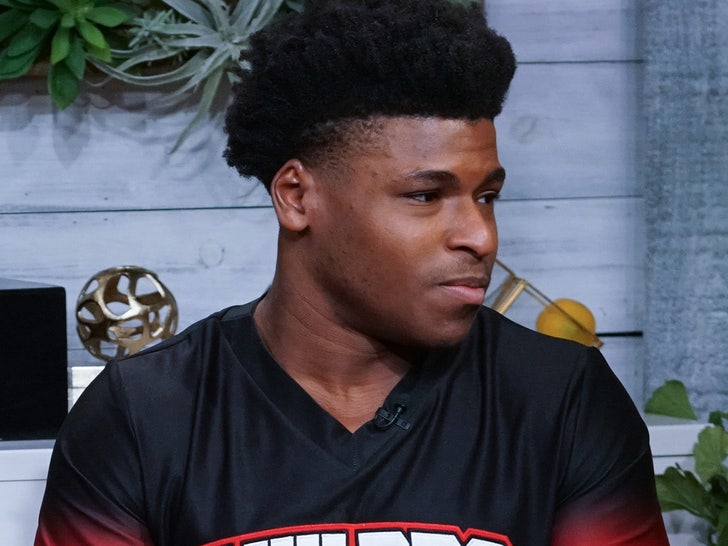 Two teens are taking “Cheer” star Jerry Harris to court for grooming them into sending nude photos and demanding sexual favors … those are the allegations in a new lawsuit filed on their behalf.

The plaintiffs are minor twin brothers who are part of the cheerleading community in Fort Worth, TX — where they say they first encountered Harris around 2018 at high-level competitions and became acquainted. From there, things allegedly turned sexual fast.

According to the docs, obtained by TMZ, the brothers were starstruck by Harris when first getting to know him, as he was already a well-respected cheerleader on the champion Navarro college team, and had also filmed for Netflix’s “Cheer” documentary.

In the lawsuit, they claim Harris almost immediately began taking them into his inner circle, befriending them on different social media platforms … and, eventually, soliciting “booty pics” from them — exploiting the fact they were both gay.

The docs say the boys reluctantly complied at times with Harris’ requests, but go on to claim his requests became more frequent and more offline … meaning he would allegedly solicit sexual acts from them in person, while also allegedly sending sexually explicit photos and video to them too.

In one alleged instance in 2019, one of the brothers claims Harris led him to a bathroom during a cheer competition and cornered him in a stall, where he allegedly begged the kid for oral sex. The boy says he managed to take off when his bro and teammates blew up his phone.

Mind you, at the time during these interactions … the boys say they were just 13 and 14 years old, and that Harris was over 18. They also claim they’ve discovered other minors Harris has allegedly harassed, while adding he’s been allowed to remain as a high-level coach and mentor at several different cheer organizations despite his alleged “past and ongoing sexual abuse of children.” Some of these organizations, including United States All Star Federation and Varsity Spirit, are also defendants in the lawsuit.

According to the suit, the boys’ mother reported Harris to local authorities in July of this year, and later to the FBI in August — which resulted in a raid of his home this week. They are now seeking over $1 mil in damages.